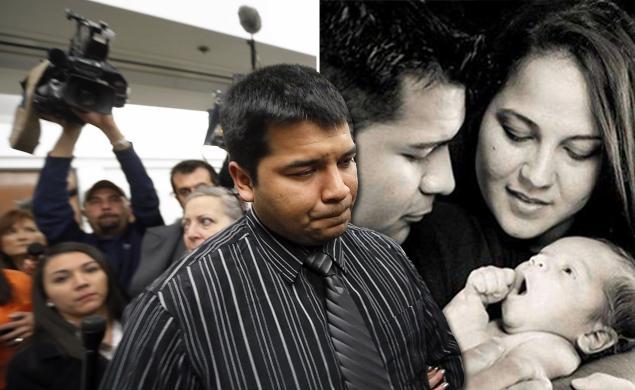 A Forth Worth, Texas family has told that Marlise Munoz was yesterday removed from a life support machine that the state had mandated to keep her alive until her unborn fetus could survive outside of the womb.

The decision to remove Marlise Munoz came after a protracted back and forth with the woman’s husband, Erick Munoz and the State of Texas who mandated that the law held a brain dead woman pregnant woman must be kept alive, even artificially so as to allow her unborn fetus to survive outside the womb.

Legal experts interviewed by The Associated Press have said the hospital was misreading the law and that the law doesn’t have an absolute command to keep someone like Munoz on life support.

Larry Thompson, a state’s attorney arguing on behalf of the hospital Friday, said the hospital was trying to protect the rights of the fetus as it believed Texas law instructed it to do.

Nevertheless, the Munoz family had held that Marlise Munoz would not have wanted to remain on life support and had gone on to argue that at the time when the 14 week pregnant woman suffered a lethal blood clot the fetus was deprived of oxygen.

As time would go on the family would argue that the toll of Marlise Munoz’s decaying body, being kept alive artificially as a life chamber unit had by now led to the fetus being grossly deformed.

That said the case was forced to trial with Judge R.H. Wallace demanding that the hospital shutting off life support.

The case has raised questions about end-of-life care and whether a pregnant woman who is considered legally and medically dead should be kept on life support for the sake of a fetus. It also has garnered attention on both sides of the abortion debate, with anti-abortion groups arguing Munoz’s fetus deserves a chance to be born.

Told various commentators on the web:

I think the State overstepped their authority, TO SAY THE LEAST. I’m sure when this poor man learned he was having another child he was overjoyed, but, with a dead wife, and deformed fetus, he was forced to live a prolonged nightmare, making it so much more unbearable. It’s scary when you realize that once you’re in the hospital, you truly lose some of the civil rights you think you have.