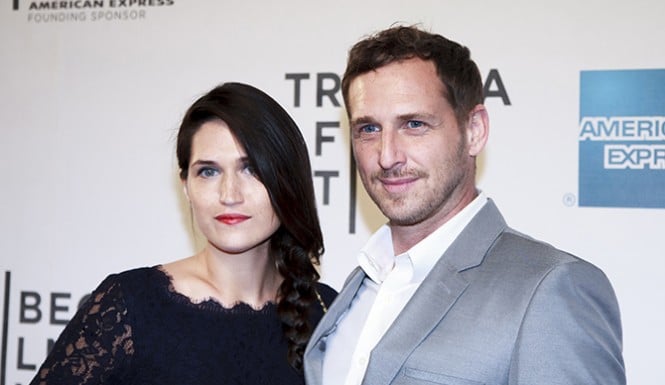 The bitter irony of the Josh Lucas divorce…

Josh Lucas and his wife, Jessica Ciencin Henriquez, are divorcing after two years. Henriquez filed for divorce in New York this month.

‘It was one of those weird … classic New York meetings,’ Henriquez later told the Huffington Post. ‘I don’t believe in love at first sight at all, but lightning definitely struck.’

Six weeks after becoming engaged she informed him of her stage 1a cervical cancer. The couple quietly wed in New York City’s Conservatory Garden in March 2012. Despite the promise of a quick cure through removal of her uterus she chose to give birth months after she was married. The cancer as since spread to stage 1B, with tumors over 7mm in diameter.

“I never thought I’d be a mom at 27, but I don’t for a second regret anything — no matter what the outcome is,” she says, explaining that while pregnant with her son, there was a possibility the cancer would worsen or spread beyond her cervix.

How brave and how bittersweet that these two went the distance and yet in the end weren’t able to see their love through. We can never really understand the challenges of love, tragedy but only live it. Even if we must live it apart and far from the ones we covet.

And then there was this comment on the web that made me wonder :

Then why divorce? If they can get through that illness why divorce? Or better yet it. Seems like celebrities are to wrapped up in themselves they shouldn’t get married, just to have a young boy still and his parents are split already how sad.