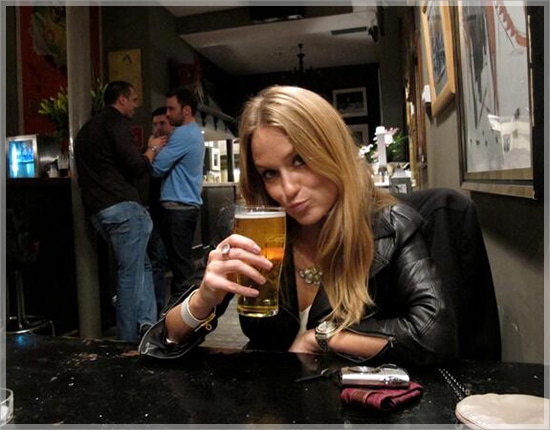 Justine Sacco is now very sorry she got fired.

Since communal uprising for the head of Justine Sacco’s head has been sung and had, some commentators on the web have since gone on to ponder whether it was unjust that what could be described, ignorant or naive, whether the publicist ought to have been let go by her employer IAC after her disastrous tweet went viral.

At the time the head of public relations for IAC had gone on to tweet: Going to Africa. Hope I don’t get AIDS. Just kidding. I’m white!

Needless to say the tweet coming out of a supposed master of public relations was in poor form, tasteless and hardly doing herself any favors even if she did mean to be humorous in an inside joke way, an assertion many have come to seriously doubt.

It may well be that the tweet actually does represent the inner feelings of the publicist and that is the catch.

As racist, bigoted, insensitive as it wall was, well at least to many of us, what may horrify more is that the publicist in some way reiterated a kind of unspoken point of view harbored by many.

Not that many would ever attest publicly to admitting to such views, given the potential for wide calamity with one’s employer for starters who are in the business of maintaining a pristine image of themselves, no matter what they privately think of such issues.

Never mind the fact that such comments often serve to unwittingly discredit any entity that Sacco is associated to and by extension attaches them by default to harbor such views which left IAC what many would argue no option but to fire her.

In the end the furious pace at which IAC distanced themselves from Sacco and swiftly fired her tells volumes about their perception of bad pr. It might be tolerated in private (surely one has to wonder if IAC wasn’t aware what they had on their hands, especially given their publicist’s previous off hand tweets) but never publicly, lest of course it reveals points of views, attitudes that are best kept out of arm’s reach.

Which is another way of saying as a publicist, Justine Sacco sucks, but as an insensitive brat simply betraying her and one wonders her contingent’s general philosophy towards others. Something that sadly, we can  be collectively ashamed for and of course over vociferous in an attempt to distance ourselves from views that many of us may secretly harbor…

Went on to tell a variety of commentators on the web that made me wonder:

Probably a form of provincialness among her social circle…they all feel that way, so her feeling that way, even giving voice to it, was not viewed by others in her life as offensive, so nobody ever told her that saying such things was wrong.

People are liable to say anything on social media. I’ve been on the internet for a long, long time. People get used to the anonymity and they let their shields down. In Sacco’s case, it got her fired & her world turned upside down.

An employer is within their right to fire an employee for such a tweet. And that seems like an appropriate punishment. IAC also asked for compassion and to offer a chance for redemption.

I just hope people are willing to offer a chance of redemption to more people than those who can handle a football or make a 3-point shot.

Its a type of thought control. Vicious in retribution and undefined in direction or scope or even in what precisely causes it’s abhorrence. It pretty much comes down to…If we don’t like you, burn baby burn.

If, however, you are the slightest bit politically incorrect in a tweet not related to work, then you are sacked.

If it weren’t for double standards, the leftists would have no standards at all.

One can’t help but wonder if the general alarm and offense of Sacco’s comments wasn’t so much what she said, that it was in poor taste was a given but perhaps what was more alarming was the cavalier way she went on to express a point of view that may in the end be harbored by many even if they dare not publicly admit to it and that too is the catch…. the head of a pr department going on to betray a kind of privileged stasis that may be tolerated by insiders on the quiet but never openly tolerated when one dares to show off how wonderfully repugnant and insensitive one can be, because they can afford to….. until that is the day they can’t.

Really are we surprised Justine Sacco said what she said or is she endemic of a privileged breed that harbor such points of views….???

Hey Justine Sacco – since you are not going to Africa. I do not have AIDS, you can suck my dick. Just kidding, I am white.