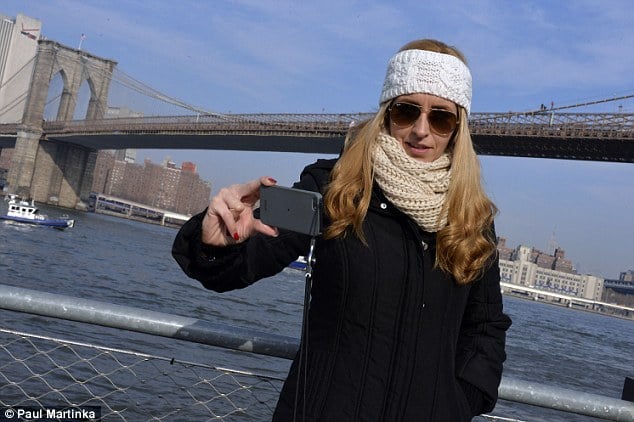 Did one Brooklyn Bridge suicide selfie go too far?

Social media has gone aghast after one unidentified woman chose to take a selfie of herself with the visage of a man in the background on the Brooklyn Bridge contemplating suicide.

At the time the mystery tourist went on to take the selfie as cops tried to assuage one man from taking his life this past Tuesday afternoon.

Knowing full well what was transpiring in the background the woman nevertheless took to taking the selfie and posting the image on social media causing many to wonder if the world has become so heartless and bereft of sensitivity of others plights.

Reports tell the woman had been watching the drama unfold for up to 25 minutes before she pulled out her phone and took the above shot.

Fortunately cops were able to save the man’s life, talking him out of jumping off the Brooklyn Bridge.

Told one eyewitness:  ‘There was a group of about 30 people who were down by the water watching what was going on.

‘The jumper was up there for about 25 minutes and they were watching what was going on on the bridge.

‘Everyone knew what was going on, there were boats, helicopters.

‘As she took her picture, about 10 seconds later the jumper walked down. She was a tourist, I’m sure of that.’

When a reporter for the nypost (yes the irony is too palpable) asked the woman’s name she suddenly became gun-shy and refused to talk.

That said as tasteless as the episode may have been one has to also wonder why the tourist has gone on to be mangled in the media given the media’s own insensitivity in choosing to portray stories and whether we like it or not one ought to be able to take images of what pleases one despite some contemplating it to be in poor taste. 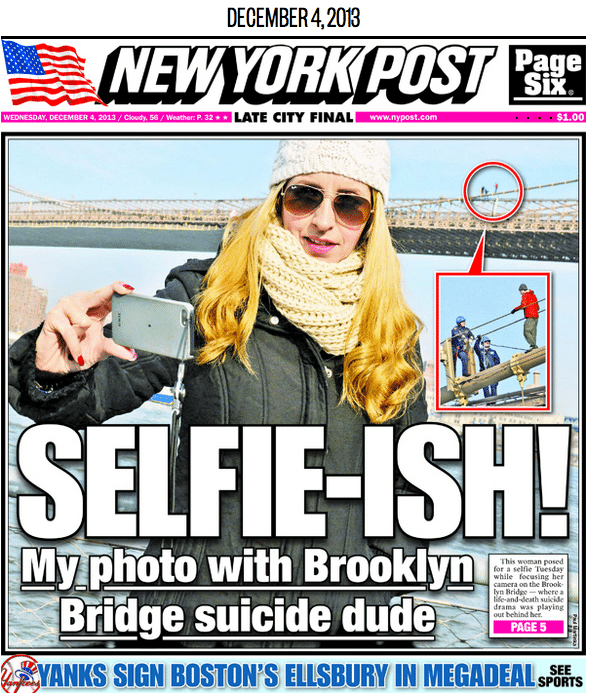