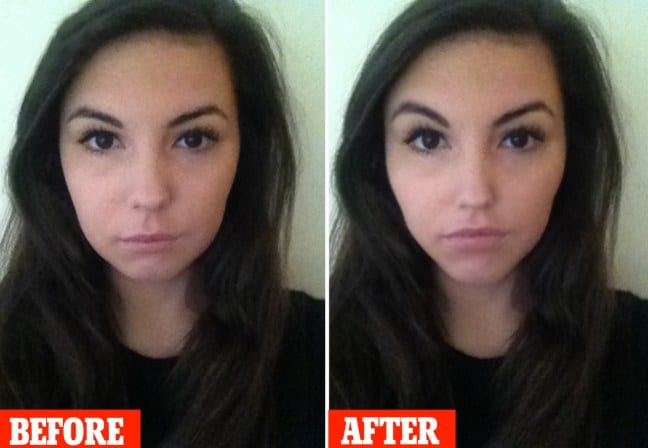 In the rush to offer men and women options within the realm of plastic surgery, app makers are coming out with a slew of new plastic surgery apps that serve to let potential users assess what they may look like before and after surgery.

With as many 200 apps already on the market, specialists are voicing concern that the abundance of such apps only goes to trivialize the dangers that plastic surgery actually present as well as stigmatizing women into believing that they are obliged to change their appearances.

Among some of the more popular plastic surgery apps include iAugment for women considering breast surgeries and the Plastic Show which offers testimonials from other patients while iLipo allows users to perform virtual liposuction and Real Self offers 8,000 images of past procedures.

Other apps include Perfect365, a free app that lets people instantly smooth skin, excise zits, highlight eyes and even resize noses before sending their image out on the Internet.

Perfect365 belongs to a growing breed of selfie-help apps, like FaceTune, ModiFace,Pixtr and Visage Lab.

While some of the hundreds available on apple’s App Store and Google’s Playstore require payment, few insist on the user’s age of consent before offering up endless possibilities of facial and bodily reconstruction.

Speaking of the dangers of the ready abundance of such apps, Dr Paul Harris of the British Association of Aesthetic Plastic Surgeons told: ’The recent appearance of Morphing Apps for patients themselves to use, is a worrying although inevitable consequence of technological developments coupled with an apparent insatiable appetite for more cosmetic surgery.’

‘They give the impression that such changes are easily replicated by surgery and that changing the look of a particular part of the body is as easy as turning a dial on a Smartphone.’

Dr Harris, who specialises in breast reconstruction, added: ‘It trivializes the impact and significance of surgery, which is life changing and permanent.’

Once users have generated the images, they have the option to upload them to a sharing website where others can comment on their before and after pictures.

Yet by doing so may expose themselves to being pressured into undergoing a procedure they may not have considered in the first place.

Goes on to tell Dr Harris: ‘The majority of users are young people using them for fun rather than actually thinking of surgery.’

‘The difficult area is when the vulnerable young patient starts to use them for fun by posting altered images and then gets pressure from their friends about their appearance and how good they look altered,’

‘This seeds an idea or even worse pressurizes a patient who would not normally consider plastic surgery.’

It’s a bad development for… hmm, shall I call it feminism or femininity? We’re already indoctrinated into believing we’re not pretty enough if we don’t look as perfect as [insert random female celebrity on the cover of a glossy magazine]. Now this. I’ve stepped out. I’ve stopped reading beauty magazines. No one is going to tell me how to feel comfortable in my own skin one day and how to lose weight the best way possible the next. No one is going to tell me my selfie doesn’t look perfect enough because my eyebrows aren’t perfect or because my skin doesn’t look flawless. I’ve quit Facebook, fuck the fakery. Nowadays, if you believe Facebook, everyone lives a Pinterest-life. Knowing this isn’t true in reality just gets me sour. It’s a popularity race, people want to get admired, and it’s based on so much superficiality that it gets me dizzy. What women should keep busy with is self-acceptance. There are women who don’t even go out without make up on because it makes them feel uncertain about themselves. That’s what we should be stopping, not feeding. This selfie-app is just another tool to feed our real life insecurities, and because ‘beauty’ is so popular there are only few who reject it. We’re all engaging in self-harm. We break up with men that are bad for us, why not with habits/opinions/norms that are bad for us too?