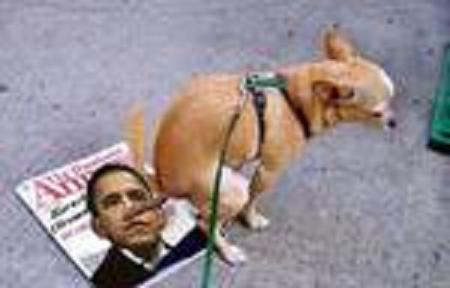 Anne Hathaway dog poop it seems has become the du jour search term this morning on the web, this after the actress decided to give a following paparazzo a piece of her mind.

Rather than going on to accuse the paparazzo of stalking her during her downtime as she walked her dog, the actress instead chose a more notable way to get the message home that some things are off limit.

Having picked up her dog’s waste off the ground, the actress neatly dropped off the dog’s excrement in a yellow plastic bag by the windshield of the paparazzo.

Naturally the paparazzo couldn’t help but photo each sequence, assuring himself a scoop that would go viral and Anne Hathaway’s actions would get her little respite.

Except the actresses actions have once again forced a dialogue as to our collective fascination of celebrities and why we seem to live vicariously through them and never thirst enough to know enough about them or have access to their lives. Lives which at some point ought to be off limits to the public but tell that to a public which has by now become accustomed to on the minute fixes on everything they wish and desire, even on matters that were once seen way off limits. But then again we can blame the tabloids for the ever constant feeding off a celeb’s dating habits, drug habits, bad behavior moments and pretty much anything that will ensure a reaction and of course a tabloid reiteration.

And then there were these comments on the web that made me wonder as well too:

To those who are saying that its the price you pay for stardom. well Not everyone wants to be a “star” She is an Actor and wants to act, but because her work gets recognition then she gets hounded Constantly just for being famous. As actors go She does not Court the press, you dont hear of her Out and Partying and drunk or any of that nonsense you really only see her on shows when she is doing Press for a Film Which is not her decision but Her JOB she is Contractually obligated to do press for upcoming projects,

As long as we live in a society where there is such a thirst for all things celebrity, this will not change. TMZ, Gawker, X17online, etc. are flourishing because people want to see more and more of what of makes Stars “Stars”.

There is, indeed, a price to be paid for being rich and famous in this country.

A culture that needs 24/7/365 diet of silly and boring gossip because they do not meaningfully interact with their own neighbors, coworkers and families will always pursue the lives of those whom they vaguely feel they own.