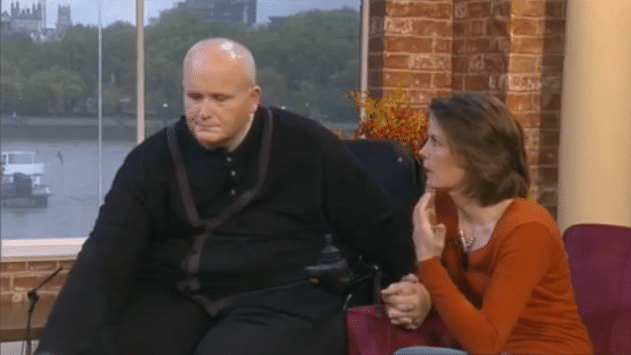 Paul Mason, of  Ipswich, Suffolk, once the world’s fattest man this weekend went on to at last meet his online lover Rebecca Mountain, of  Orange, Massachusetts.

The meeting came after Mason and Mountain had gone on over various months to get to know each other via Skype.

Once weighing at 1000 pounds and since having gone on to lose a massive 672 pounds, the former world’s fattest man today took the opportunity to show off his new love interest on ITV‘s ‘This Morning.’

Clutching Mountain’s hand, Mason told: “All the problems I went through … it was worth it.”

Paul Mason first hit the public radar in May when he chose to pose nude in a bid to  get 112 pounds of excess skin removed — an operation that can cost around $100,000.

At the time, Mason went on to lose 664 pounds after undergoing bypass surgery, although he still has sagging skin around his stomach and back, which Mason tells causes him pain as well as making it difficult for him to walk.

After having gone on to see a documentary on the former world’s fattest man, Mountain, 40 felt compelled to help Mason.

Told Mountain to ‘This Morning,’ host Holly Willoughby: “I have a lot of drive and I thought I could help write letters, or find a way to help, or even just support him,”

“He’s incredible. He’s a genuine person and incredibly open and honest about what he’s been through.”

Mason — who was once so heavy he couldn’t bathe himself and was forced to wear diapers — explained how he felt at ease with Mountain, who owns a company that sells cat toys.

Told Mason:  “Our first chat on Skype was over four hours and it just felt like we’d been talking for years,”

“At the end of the conversation, I said to her, ‘What time tomorrow then?’ When I finally met her at the airport on Saturday, it was better than the picture on Skype and it was so natural.”

The couple went on to tell that their romance sparked after two weeks of Skype chats.

Since haven fallen for Mountain, Paul Mason tells he plans on moving to the US, where he’ll live with Mountain and help her with her business.

He also mentions that he finally hopes to get his excess skin removed.

A doctor in New York has offered her services to remove his excess skin for free.

The only finances he has to find are the aftercare, the stay in hospital and the medication, which will cost around $19 000.

Speaking about the impact of the operation on his relationship, Mason told: ‘It’s a question of whether she’s prepared to stay with me whether the next operation is successful or not and if I’m in the wheelchair for the rest of my life.’

That said, even if he doesn’t, Mountain has maintained that she will still be by his side.

“Who he is now is the person I love,”

“And who is after the surgery, or whether he gets it, is irrelevant to me.

“I want him to achieve his goals. That’s the most important thing to me.”

Because real love is often boundless and bigger than what so often counts on the surface…or is it? 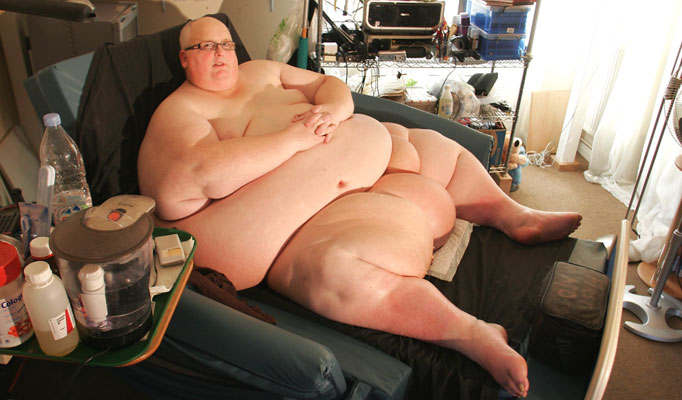