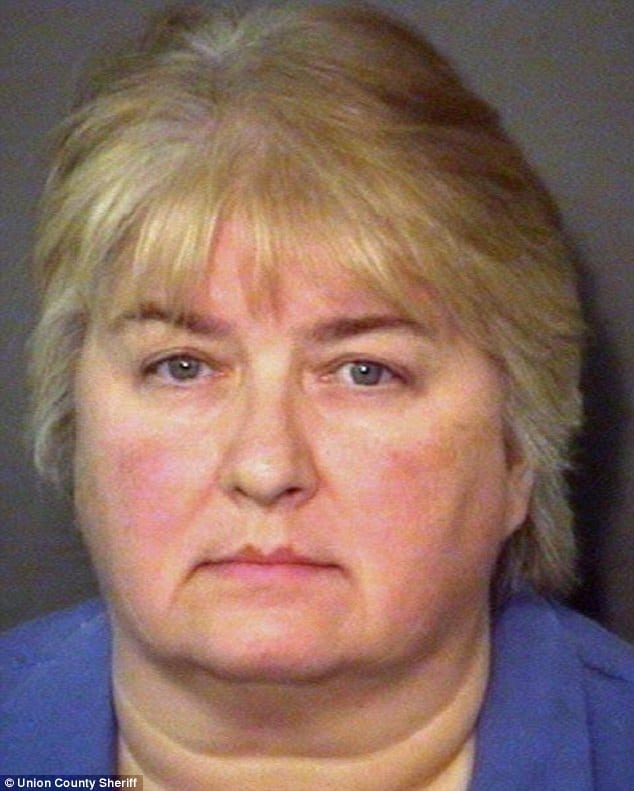 North Carolina social worker, Wanda Sue Larson, 57 has been charged with child abuse and false imprisonment after her 11 year old foster child was found chained to the porch of her home with a dead chicken hanging around his neck.

Larson, a supervisor at the county’s Child Protective Services office, was not home when the child was discovered but is accused of being complicit in the mistreatment, according to authorities.

Authorities also arrested Dorian Lee Harper, 57, who along with Larson was serving as a foster parent to the child. The couple has four adopted children in addition to the foster child.

A deputy was responding to an animal services complaint at a neighboring property when he saw the child handcuffed to the porch.

He approached the house and was confronted by Harper. The deputy asked for Harper’s identification and an explanation as to why the child was handcuffed to the porch.

According to WBTV, one of the children opened the front door, releasing several large dogs who attacked the deputy. By the time he had the dogs under control, Harper had removed the child from the porch and left the dead chicken on a barrel in front of the house.

Following a search of the house, the children were removed from the home and are in the care of protective services outside of Union County.

‘It’s just disturbing that anyone would treat a child in such a manner.’

Both Larson and Harper were charged with intentional child abuse inflicting serious injury, false imprisonment, and cruelty to animals due to the condition of some of their pets.

It is not apparent what prompted the use of the dead chicken and handcuffs on the boy. Whitaker said he could not disclose details from police interviews conducted as part of the investigation.

Larson and Harper remained jailed on Saturday. They now each face charges of intentional child abuse that inflicted serious injury, false imprisonment and cruelty to animals, with the latter allegation based on the condition of some of the family pets, the sheriff’s office said.

Larson also is charged with willful failure to discharge her duty as a public official.

The five children, ages 14, 13, 11, nine and eight, have been removed from the home and put in the care of a social services agency outside of Union County, authorities told.

No reason was offered as to why the child was abused.