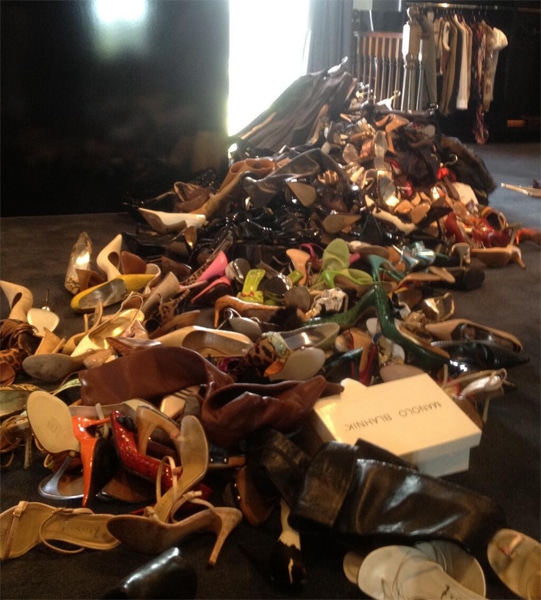 Londoners it seems have gone on a shopping frenzy after David and Victoria Beckham went on to donate old fashion wares to charity shop, the Red Cross.

That said the donation it seems has gone on to have unintended results, with bottom feeders profiting at exorbitant prices off the Beckham’s generosity.

With long lines anxiously waiting to get first dibs of the donated wares which included up to 20 boxes of clothes, bags and shoes, it wasn’t soon long before the items were being eagerly snatched up and then quickly flipped on Ebay for up to three times their sale price.

The items donated by the Beckhams in an attempt to raise funds and awareness of the victims of Typhoon Haiyan in the Philipines has gone on to vex many who feel that the Beckham’s charity has been exploited.

Went on to reflect the UK’s independent: Of course the million dollar question was whether buyers would wear the clothes themselves or make a profit by selling them eBay.

“A football shirt would be worth a lot, wouldn’t it?” said one shopper, who answered my million dollar question with a guilty shrug.

“If I sold it, I’d give some of the money to charity,” he concluded. 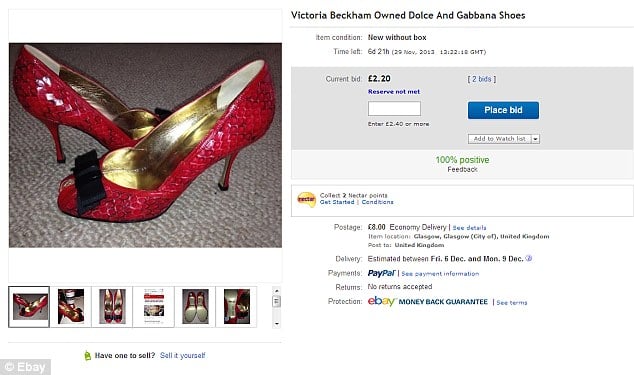 Nevertheless despite some of the opportunistic behavior of some shoppers, the bbc goes on to tell there was good cheer and merriment as shoppers got to see up close some of the Beckhams vintage wares.

Shoppers were limited to ‘one item only’ in order to ensure early line waiters didn’t snap up all the ‘precious’ gems.

The shop operated a one in one out policy, with a maximum of 50 people allowed in the shop at any one time.

Victoria Beckham’s clothes were a UK size four and her shoes a size four or four-and-a-half. Yes kids my eyes are in squinch mode too.

Reflected one shopper, 35 year old Sarah Campbell: “I think more celebrities should do things like this. I’m not just donating money; it gives me an opportunity to be part of it as well.”

If only your used wares could cause a feeding frenzy too….

above and below images via twitter, as Posh tweeted images of her wares hours before they went on sale at the chic Kensington British Red Cross locale. 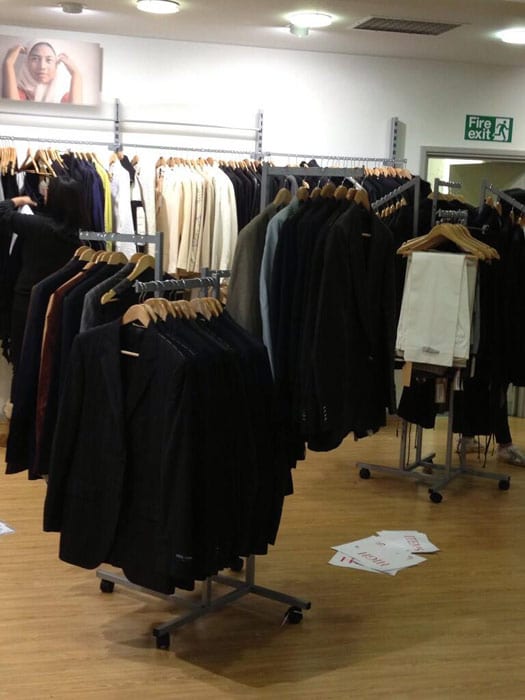