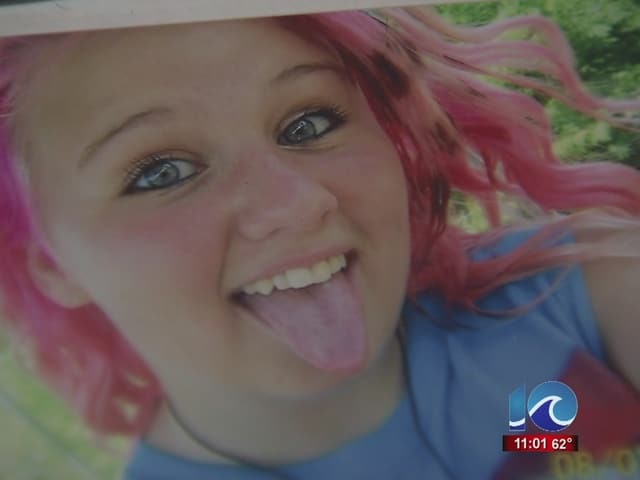 A sixteen year old school girl, Elizabeth Nicole Evans has taken her own life after purportedly after enduring relentless duress and bullying at the hands of school mates at Goucester County High School, Virginia.

The girl’s father, Michael Evans has since gone on to say he was aware of the torment his daughter was undergoing but had no idea how much she had been suffering.

The girl’s death is in vast contradiction to images of her posted on her Facebook page which show her vivacious and full of life. Nevertheless her family went on to tell that their daughter had suffered bullying at school that included being punched, forced into lockers and stuffed in trash cans.

Told Elizabeth Nicole Evans’ friend, Taylor Hall: ‘She was very good at hiding things. She was hurt, but she didn’t show it.’

Michael Evans, who along with his wife Samantha and their son Joseph who are now mourning the loss of Elizabeth go on to tell that the teasing had gone on for years.

‘What disgusts me is that my daughter looked at everybody the same. She saw the beauty in all of them. They didn’t treat her that way.’

Added the distraught father: ‘I won’t wish this on my worst enemy,’

Michael Evans even tells how he had approached school staff with the hopes that they could have intervened.

The school district to date has not yet confirmed or responded to his claims.

With the passing of his daughter, Michael Evans now hopes that other struggling teenagers may perhaps learn a lesson.

‘I will miss you always and you will forever be in my heart! I love you and am so proud of you and the young lady you have become! Rest in peace my little angel, we will be together again some day!’

At present commentators on the web have gone on to question Michael Evans’ claim that the bullying had been going on for years and why if that been the case and aware of such bullying why the family did not do more for their daughter and if there may have existed some level of acceptance of such bullying at the school?

Needless to say questions have also been asked of the school too of its handling of purported bullying at the school.

What may come to be said at the end of the day as painful as it may be to acknowledge, taking one’s own life is often an action or a choice that so often can be avoided and resisted if one understands that bullying as painful as it may well be is often a part of life for many children who fortunately find the temerity to resist taking their own lives and handling the trauma as best as they can head on…