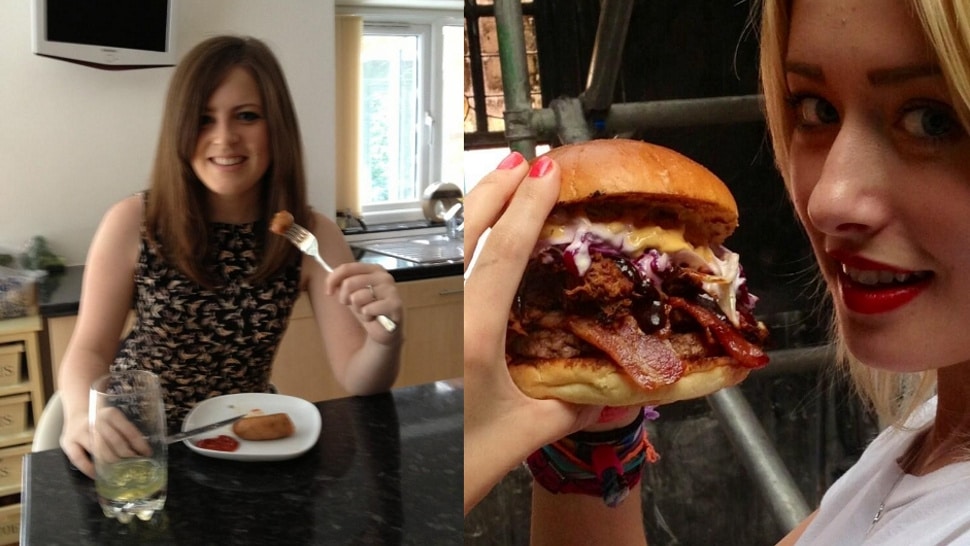 Nicola Peate managed the near impossible recently when she went on to dislocate her jaw after biting into a triple-patty ‘Kids in America Burger’ at Almost Famous Burgers & Booze in Liverpool, UK.

At the time of the incident, Peate didn’t think much of the incident which had her reeling with what she thought was simply a a sudden ‘tongue cramp,’ after a night out with colleagues. Unable to finish the gastronomical delight which comes complete with pretzels, candied bacon, and three beef patties (I know I am sweating thinking about that shit too) she let her attending fiance do the honors.

Nevertheless waking up the next day and getting on to work Nicola Peate noticed that the pain was beyond excruciating, which is when she realized she had likely dislocated her jaw.

“I didn’t think I’d dislocated it – you don’t expect it to happen eating a burger,” she went on to tell the Press Association.

Fortunately for Peate, a doctor was able to realign her face with a quick thumb maneuver, and the pain immediately dissipated.

‘The minute it went back in it was like turning a tap off in my head,’ Nicola went on to tell. ‘All the tension just went.’

Peate’s misfortune tell doctors was likely aggravated from a condition known as Ehlers-Danlos syndrome, meaning her joints are hyper-flexible.

The downside being that she has a higher risk of dislocation.

Since the fun incident, Nicola Peate has been warned not to yawn too widely whilst healing , and to stick to eating smaller hamburgers.

Being a “social media manager” by trade,  Peate went on to be accused of staging a stunt for a client.

Peate for her part went on to deny the claims, tweeting “I do like my job but not enough to dislocate my jaw for a client haha.”

A spokeswoman for Almost Famous has since gone on to invite Nicola Peate to enjoy a burger on them – complete with an emergency kit including cutlery and painkillers should she need it.

Told the spokesperson: ‘While it’s something that people joke about quite often, this is definitely the first instance of jaw dislocation as a result of an Almost Famous burger we’ve ever heard of.’

above image via gawker