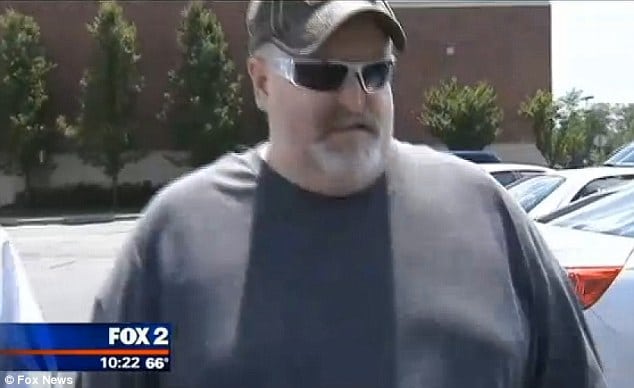 An internet troll who otherwise goes by the name Ebayisajoke is said to have finally been exposed as Charles ‘Chuck’ Fitch.  A pervasive troll on eBay, Ebayisajoke’s mantra involves putting vendors out of business as well affronting the commerce site along with its payment arm, paypal.

Fitch, ended up being exposed after a television reporter, Rob Wolchek, hired private investigators to track down the man who had gone on to relentlessly target individual customers, often sending them a torrent of threatening abuse.

In the end, the individual thought to be responsible for the harassment and trolling on the commerce site was found living in an apartment in the commuter town of Canton, of Detroit, Michigan.

When approached by My Fox Detroit, and asked if he was the internet troll who went by the moniker Ebayisajoke, Fitch went on to decline denying the claim, instead refusing to respond to Wolchek’s assertions.

Nevertheless investigators would go on to later claim that Fitch’s profile of that an obese bachelor who spent the greater part of the day inside, presumably tending to his troll activities matched that of Ebayisajoke.

Ebayisajoke, who the UK’s dailymail tells has his own YouTube channel, is said to dedicate his time to trying to ‘expose’ the internet auction site, accusing it of various crimes and wrongdoings, and talking on camera – hidden by a ghoulish Guy Fawkes mask – about how sellers should use alternative sites.

Using voice alteration software to help keep his identity hidden, Fitch would also use his films to accuse sellers on eBay of malpractice.  It is thought that Ebayisajoke began his abuse, much of which is found on his blog ebayblows.org, after he was shut down by the site for breaking their rules.

Told Rob Wolchek who tracked Fitch down:  ‘He has allegedly been a suspect in many trolling cases in many different forums for the last few years.  I think he has been doing this for years and years and years.

‘There was someone from England who posted online that he had been having some kind of a war with this guy.’ 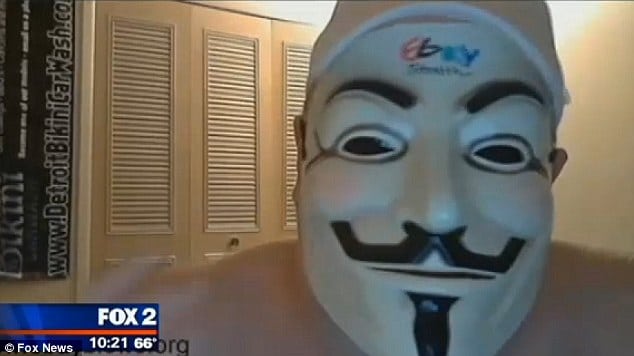 One of the troll’s targets over time would be that of  eBay seller Joe DeMarco, considered to be one of eBay’s great success stories, who has since gone on to expand his Detroit hubcab shop Hubcaps Joe’s into a thriving online business.

So proficient did Joe DeMarco become at selling online, he even produced videos showing other people how to do it.

According to My Fox Detroit, Ebayisajoke decided to target DeMarco, claiming he abused eBay’s significantly not as described buyer’s claim, which is said to let users get a free refund on anything they buy if it is not what they were expecting.

In one online rant, Ebayisajoke told: ‘I’m going to ruin you in every conceivable manner.  First I’m going to target your eBay account…‘

In another exchange, Ebayisajoke went on to say: ‘You are going to lose your business and I’m going to be sitting back, laughing about it.’

Responded DeMarco to My Fox Detroit: ‘He is sick; he is actually sick in the head.’

Wolchek has gone on to tell that Ebayisajoke’s method is to target small business owners, outbid everyone else and then refuse to pay, so that the seller’s sale fell through.

He would also then give the seller a bad review, something sellers on eBay, where reputation is everything, fear above all.

Nevertheless the outing may in the end may be in vain, as Fitch appears to be more concerned with his online persona, rather than his moral culpability.

Told theDailyDot.com: ‘As far as Ebayisajoke is concerned they didn’t expose anything and everything he was doing online was in fact legal.’

Joe DeMarco is said to have reported Ebayisajoke to the FBI.