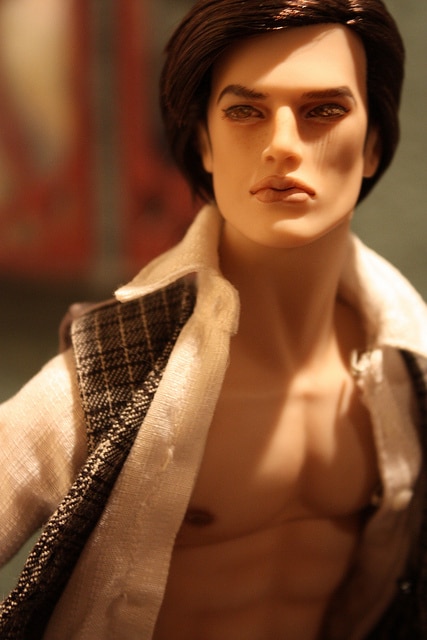 What makes for a man? That might make for a worthwhile question after a recent report courtesy of marketing firm J Walter Thompson has gone on to find that increasingly more men are using skin care products like moisturizer, eye cream and now make up too.

The study involved surveying up to a 1000 men both here in the US and the UK and found that men more than ever are struggling to necessarily define what their gender expectations of them are as gender roles have increasingly become more blurred and less dominant in society as seen by more men taking on household work and child care work. A situation that might have been brought forth as more women are now shifting into assuming careers in the workforce more than ever before, perhaps out of economic necessity, a desire to re affirm their own gender and identity or as attitudes in society have shifted as to what a woman can and can not do. Which has now led to the same question being posed to men.

Told the report: “Shared responsibility—in terms of household tasks and child care—is the new ethos. Men may not yet be doing an equal share, but they’re just as concerned as women about achieving a work-life balance.”

But perhaps where things got most interesting is when the report went on to highlight that increasingly more men are feeling the need to beautify themselves, suggesting that as previous a man’s sense of self was based on his vocation, earning power and active ability to do things his perceived value is now also being predicated on his looks. A sensibility that until now had often been confined to women but perhaps as a result in shifts in marketing and attitudes in society has now forced men to take note.

Goes on to tell Ann Mack the director of trendsporting at JWT: “Masculinity was clearly defined when ‘men were men,’ as the saying goes. Today, gender conventions are blurring, and men are formulating a more nuanced idea of what it means to be man. The ‘manly man’ is mostly portrayed with a wink and a nudge these days, even as some retro elements of masculinity enjoy a revival.”

The study goes on to tell that 33per cent of men use hair removal products, nine per cent use foundation, 11per cent use bronzer and 10per cent apply concealer.

When it comes to beauty treatments, 29per cent of men get manicures, 24per cent have facials, and 13per cent book in for eyebrow waxing appointments.

And for those who aren’t necessarily buying the above report, recent data compiled by Euromonitor International, a US marketing agency went on to report that last year alone U.S. consumers spent more than $5billion on men’s grooming products of which more than half of which went into skin care and cosmetics. This compares to an expenditure of only $2.4 billion on men’s products in 1997.

Men’s grooming blogs like Manface and Skin Care for Men, as well as Birchbox’s recent subdivision into female and male categories, also shows how men are becoming more attuned to the beauty industry – and they are fast catching up with women when it comes to how much they spend, as well.

Women spend an average of $3,800 every year on beauty products and fashionable clothes, a 2012 study for online casino RoxyPalace.com found.

Men, meanwhile, were revealed to spend $2,760 on average on male grooming products and clothes, just $80 less per month than women.

The moral of the lesson? Gender roles and expectations are increasingly becoming blurred with many men now increasingly feeling the need to conform to social and consumer trends, which of course raises the question what do we really mean by a manly man anymore?