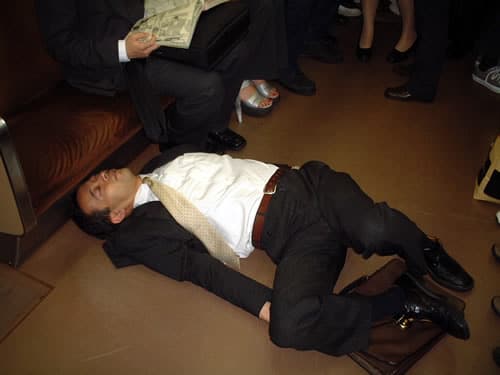 Called sober minders, these new attaches are charged with the pressing duty of keeping some of NY’s illustrious CEO’s and well to do off booze and drugs as they go from height to heights, assuming of course their minders can somehow manage to keep them from falling off the wagon.

Sober minders, according to Chuck Kanner who happens to work as one are charged with the perilous duty of making sure their bosses stay the straight and narrow no matter how tempting the circumstances.

Often working undercover as personal assistants, bodyguards, researchers and potential investors, sober minders are there to ensure that the Masters of the Universe get the necessary help they need for their addictions — while at the same time saving face as they rule the world.

Recalls Kanner who found himself on one assignment posing as an ‘organizational consultant’: “Only the guy’s close family knew who I really was.”

Speaking of the temptations at hand: “There were mistresses, plural, and a lot of the people around him were enablers, so he constantly needed support.”

Sober companions like Kanner tells the NY Post have never been more in demand. Medical experts have gone on to report an explosion in the number of white-collar workers dependent on alcohol and addictive painkillers such as Percocet, Oxycontin and Vicodin.

Research this year by the University of Pennsylvania showed that 60 percent of investment bankers suffer “serious stress,” with many abusing illegal and prescription drugs. In March, psychologists in New York City reported a 35 percent increase in the number of referrals of Wall Street employees.

“These people tend to be adrenaline junkies who are highly functional and competitive,” tells  Patty Powers, a veteran sober companion.

But not every assignment is as easy as it sounds, tells sober minder Peter Downing recalling one frantic incident:

Once, when Downing was minding a preppy 35-year-old real-estate mogul in the Hamptons, the man disappeared from his home in his Lexus sports car in the dead of night. He returned after a two-day bender, and slumped onto the bed. Next up was a knock at the door by a bunch of hookers and a dealer. “They demanded to know where the money was,” says Downing. “I told them to scram.”

Tells another sober minder Joe McKinsey who runs a luxury Executive Treatment program at the Hampton’s ‘Dunes,’ complex as to why some of his clients don’t simply check into rehab facilities: “These guys can’t possibly conceive of burying themselves away somewhere for 30, 60, 90 days.They have empires to run.”

Offers Patty Powers who often finds herself escorting wealthy professional female clients under the guise of an out of town girlfriend or business associate:

“I’m very good at taking charge of situations. We’ll go for dinner with co-workers or clients and, when the wine comes around, it’s me who will say to the waiter: ‘Hey, we’ve been running around all day, how about some chamomile tea?’

Because even your high level master of the world is seething with self hate, confusion, lust, existential despair and the simple desire to let it all hang out under the very watchful eye of a sober minder who refuses to let them yield to the pangs of self deprecation. If only you could afford to hire an attache who could be there the moment you capitulated…