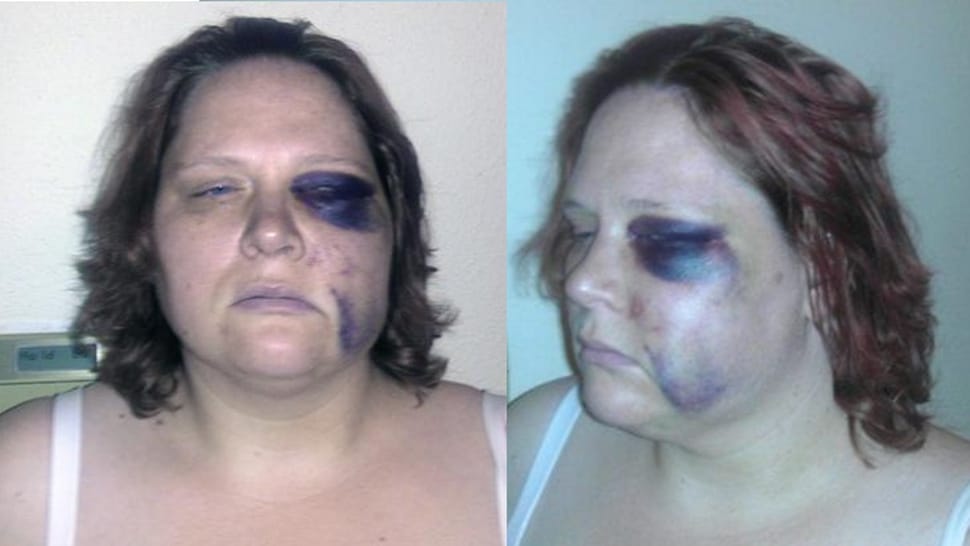 Here comes a nasty story that may make you wonder. It involves that of Megan Graham, a 36 year old Washington woman who happens to suffer from cognitive and hearing disabilities which she reckons may have a lot to do with why she ended up being beaten to a pulp by cops after being seen talking talking on her cellphone in what Meghan Graham claims was a stationary vehicle

Approached by police officer Justin Antholt, Megah Graham proceeded to plead that she had come to take her dog to a friend’s apartment (thus necessitating the use of her cell phone) and as a sign of good faith went on to invite police officer Justin Antholt to join her to see for himself.  Instead of  joining her, Antholt went on to request that Megan Graham get back in her vehicle as he sought to run some stats. Yet because Megan Graham has a cognitive and hearing impairment she misunderstood the directive over the din of the police officer’s running cruiser.

And here’s where things really got wacko. According to Graham, Antholt then “lunged and grabbed her wrist,” leading her to believe she was being attacked. Attempting to explain her disabilities to Antholt, Graham eventually relented insisting instead that he call back up so she could explain what really had gone on. From there Graham went on to call 911 in the hopes that “other officers would show up to listen and deescalate the situation.”

Eventually another officer did indeed show up, but not to defuse the situation as Graham had hoped but rather to contain her agitated self and arrest her.

Meghan Graham, goes on to tell whilst being contained, fellow officer, Ashley Crispin, went on to punch her several times in the face. Savory stuff indeed.

Graham has since offered that she wasn’t resisting, but was merely trying to flip over when the officer put weight on her injured hip. Right kids?

The police, meanwhile, have a different version of events.

According to Officer Antholt’s report, Graham “bladed her feet and balled her fists in a fighter’s stance” before attempting to strike Officer Crispin, causing him to respond “with closed fist strikes to Graham’s face” in order to bring her down.

Causing him to respond with a closed fist? Hmm that sounds a bit suspect but then again I’m not a police officer who’s job it is to attend to the vagaries of real world hazards that puts them in potential harms way

Federal Way police have gone on to say they are reviewing the incident.

Meanwhile Graham’s felony assault charge still stands. She is due in court on June 10th at 9 AM.