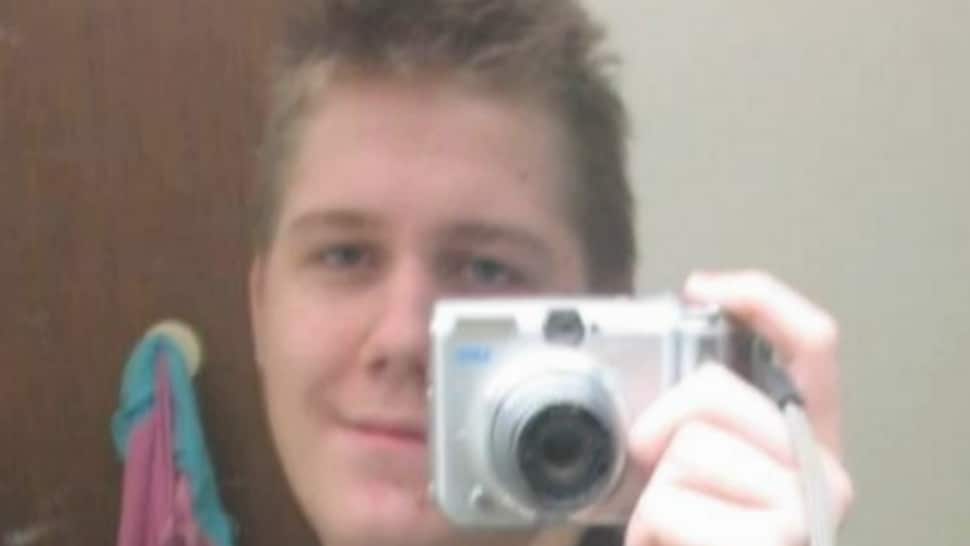 Texas teen, Justin Carter has been jailed since late March for what his father says was just a dumb joke he posted on Facebook.

The then 18 year old  and a friend were arguing with a third person about the online video game League of Legends, when Justin made an offhand comment about shooting up a school.

“Someone had said something to the effect of  ‘Oh you’re insane, you’re crazy, you’re messed up in the head,’ to which he replied ‘Oh yeah, I’m real messed up in the head, I’m going to go shoot up a school full of kids and eat their still, beating hearts,'” recalled Justin’s dad Jack. “The next two lines were lol and jk.”

Nevertheless an unidentified woman in Canada who went on to see Justin’s comment didn’t realize it was all in jest, and instead set about tracking down Justin Carter’s address using Google.

Noticing that Justin happened to live near an elementary school, the “concerned citizen” immediately called the cops.

It wasn’t soon long before cops dropped by and arrested Justin, going on to charge him with making a terroristic threat — a crime for those unaware is punishable by up to eight years in prison.

“These people are serious. They really want my son to go away to jail for a sarcastic comment that he made,” Jack told KVUE.

A subsequent search of Justin’s Austin home turned up no weapons.

The teen’s family has since started a petition to raise awareness of his predicament, and call for a thorough review of terroristic threat laws.

Citing the 1969 Supreme Court case, Brandenburg v. Ohio, the petition states Justin should be released because there is no evidence that there was an “imminent and likely” threat.

The comment said to be made back in February of this year comes two months after the tragic Sandy Hook Elementary shooting which probably goes a long way to underscore the hysteria and concern of citizens and authorities as well as one may wonder the insensitivity and avid stupidity of one Texan teen.

above image via KVUE