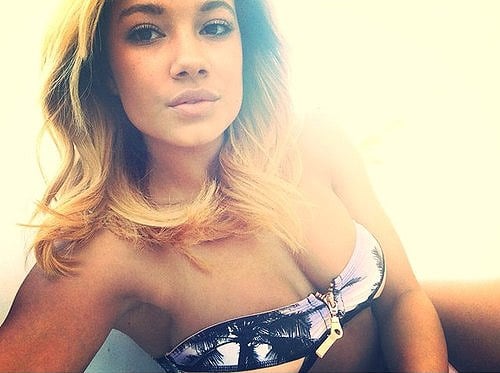 For those of you still keeping up with the yummy goings on of local media hero, Justin Bieber, the latest sweet news is that our collective boy toy is now dating 22 year old Las Vegas waitress Jordan Ozuna. Which might be all good and done now that Selena Gomez has finally ditched our hero except for the fact that Jordan is still married. Not that shit like that necessarily bothers our collective hero Justin Bieber.

Of course the good news is that although Bieb’s new girlfriend (and we’ll use that word gingerly for now) is married she’s been separated well over a year now from her high school sweetheart.

But lest you think that Jordan is living in sin, her estranged mother in law, Kim has gone on to tell the following:

“They were very young when they got married. They’ll figure it out on their own. They’re probably in the process of getting divorced.”

Adding sting to the fire are reports that Jordan’s mother in law isn’t in the slightest surprised that Jordan is dating our Biebs on account of the fact that she’s used to Jordana doing out of control nasty shit.

Kim then goes on to tell that the last she heard of her daughter in law was that she had left her son on account of wanting to be a model, cause as we all know there is lots of modeling that takes place in Las Vegas.

For added measure Kim goes on to also tell that her son is in the Coast Guard and although her son and Jordan are separated she reckons he probably has no idea that Jordan is playing the banjo with our Biebs and then some.