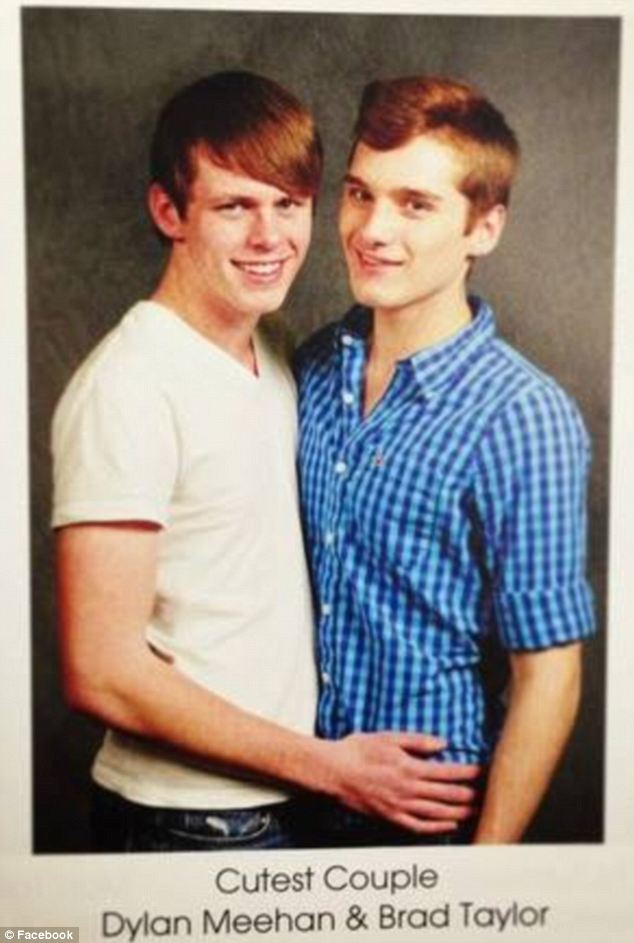 A tumblr post of two gay teens has taken social media platforms by storm as an image of same sex high school couple Brad Taylor and Dylan Meehan has gone viral. To date the image has already been shared up to 100 000 times in 24 hours.

The sensation came after a friend of the couple, Chelsea Blaney decided to share the image of the couple on a tumblr post which soon took the internet by storm as the most adorable teen lovebirds.

Wrote Blaney of NY’s Carmel High on her tumblr post:

‘Two of my best friends won Cutest Couple of our senior class. First time in my school history a same sex couple has even been able to run for this category, not to mention winning it. So proud of them, and my school.’

The UK’s dailymail goes on to report that within hours, the post went viral. The post received ‘like’ after ‘like’ and continued to be shared until an astounding 100,000 people had passed along the touching photo.

Major news sites began picking up the story, and before they knew what happened, Brad and Dylan—whose Facebook profiles indicate an extracurricular appreciation for the theater—were stars.

But they weren’t altogether sure if they knew why. Then again is any media site ever sure why one post goes viral while others dont?

Told the couple in a letter to huffpo: ‘This whole thing has been a bit surreal for us because we have been raised to believe that love is love. We never realized that our happiness and openness would inspire so many individuals. The support we have received from our family, friends, and even strangers has led us to believe that our affection for each other is normal,’ they wrote HuffPo in an email.

‘When we started dating, the thought of a photo of us traveling throughout the world would be a bit frightening, but now we are proud to be part of the LGBT community.’