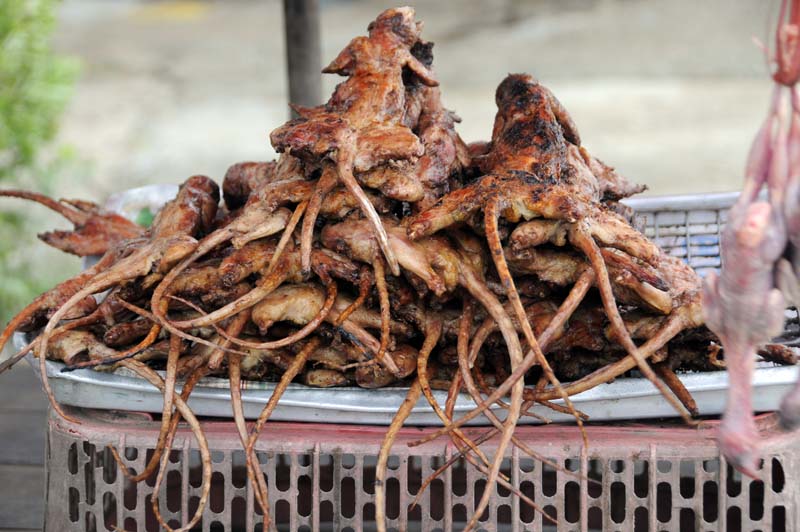 Because rat meat is delicious after all or is it?

In an effort to take advantage of China’s soaring demand for animal meats some corrupt animal food vendors have resorted to disguising various meats in order to meet demand.

Health officials have gone on to disclose that to date there have been as many 900 arrests with some food vendors being caught offloading chemically soaked rats, foxes and chicken claws as lamb or mutton.

China’s Ministry of Public Security has gone on to note that recent arrests have been made in an effort to “attack food safety crimes and defend the safety of the dining table.’

Local media agencies go on to tell that police have arrested 904 people suspected of selling fake, diseased, toxic or adulterated meat, as well as having broken up 1,721 illicit factories, workshops and shops.

Nevertheless the ministry acknowledged that diners still had reason to worry.

Offers the statement in part: “some serious problems have been dealt with swiftly and vigorously, but for a variety of reasons, food safety crimes remain serious, and are displaying new circumstances and features.

For example, there is selling of meat injected with water and meat from animals dead from disease, as well as passing off relatively cheap types of meat as relatively expensive beef and mutton.”

Attempts to quell the abuse has led to some pointing out that similar abuses also happen in the United States and China.

Tells Mao Shoulong, a professor of public policy at Renmin University in Beijing:

“Some of the meat crimes are hardly different from general U.S. slaughterhouse and meat-processing practices, such as injecting poultry with water to increase the weight and price, or soaking the flesh of diseased animals with chemicals.”

Asked why the problem manages to persist Shoulong retorted: