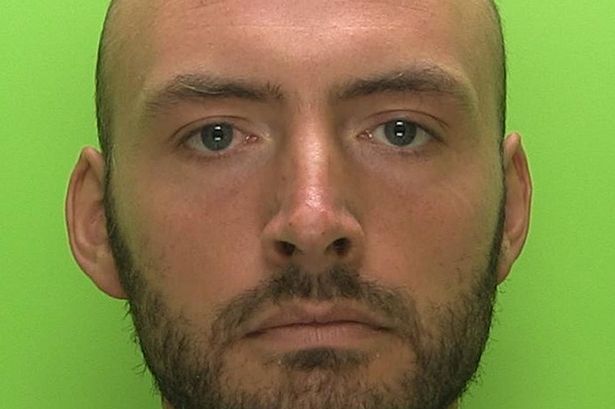 Jamie Starbuck, 44 who killed his new wife, Debbie and then spent her life savings traveling the world was sentenced to life in jail in the .

According to court testimony, Starbuck killed his newly wed 36 year old wife just days after their dream wedding and then secretly disposed of her body.

From there Starbuck over the course of the next twoUK and half years proceeded to spend the woman’s 150 000 pound  ($230 000 USD) inheritance on an extravagant world trip.

It wasn’t until two years after the couple’s marriage that one of Debbie’s friends reached out to authorities concerned that she had not seen from her.

From there authorities soon discovered that the woman’s passport had expired and that money had been transferred from her account to her husbands. It is said he knew her passwords after setting up an online account for her.

In order to keep up pretenses that his wife was still alive Starbuck sent emails from his dead wife’s account to her friends and family.

At the time of the trial Judge Michael Stokes QC said it was “one of the most horrific” murder cases he had dealt with and ordered Jamie Starbuck to serve at least 30 years before being considered for parole.

Yet perhaps what makes the crime most perverse is the fact that Starbuck kept a globetrotting traveling diary where he documented his adventures in a blog: diary of a misanthrope. Of note the blog makes no mention of his wife.

In his final post from the Peruvian capital, Lima, two days before flying back Australia’s dailytelegraph notes that Starbuck wrote the following: “I am literally leaving paradise to face my destiny in England.

“I left the UK a long time ago in search of … well, in all honesty I was running away. From life and responsibility; justice and my past.’

He said he had been searching for a place ‘where I wouldn’t be judged or condemned for the sometimes bafflingly bizarre decisions I make’.

Told Debbie’s sister Beth Jones: “For nearly three years we … were living with the illusion that she was alive and happy and travelling around the world with Jamie.

“The thought that her bones lay scattered, burnt and lonely on a remote hillside or in a dark wood somewhere leaves us feeling desolate.”

Cops discovered two of Debbie’s bank cards in his wallet and a ‘confession’, where he admitted Debbie’s murder, on his laptop upon his return to Heathrow this past January where authorities placed him under arrest.

Debbie, a self-employed proof reader, was last seen alive six days after their lavish wedding. To date her remains have not been found.