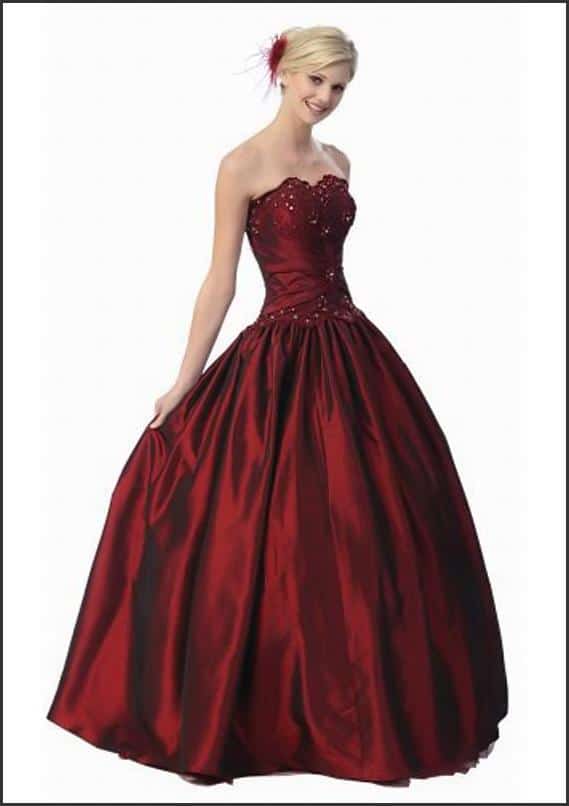 Being seen as the only one wearing a certain outfit is a definite yes when it comes to women’s fashion attire (prom night to be exact) which is another way of saying, ‘I’m going to rip your eyeballs out if you dare steal my idea bixch.’

Adding to this credence is a new body of social media warnings by girls designed for other girls essentially warning others what belongs to them and by extension what is off limits to everyone else.

nypost: It’s every teenage girl’s nightmare — showing up to prom in the same gown as another — but now many are taking to social media to avert such a fashion disaster.

This prom season, girls are laying claim to their gowns of choice by posting photos of the outfits — sometimes right from the store dressing room — on Facebook, Instagram, Twitter and Tumblr.

Has it really come to girls going out of their way to warn others what they will and will not tolerate? Which is another way of saying the landfills have suddenly become rather competitive and a girl will almost do anything to protect her turf and of course that prom dress which she found first. Because naturally a prom dress is a young woman’s way of letting all you other young women (and herself) know that she has finally arrived at her impending femininity and sexuality.

But in case you think it’s all venom there’s this too:

“There’s really no competition on who has the prettiest dress,” said Lulin Peng, a Stuyvesant HS senior. “The only thing you can think of is how beautiful every girl will look in their dresses.”

Anna Lin, of Staten Island Tech, said: “I got a lot of likes, and it felt really good. It gets us much more excited and hyper for prom.”

Who knew all this just for a prom gown?

below images via dailymail.co.uk 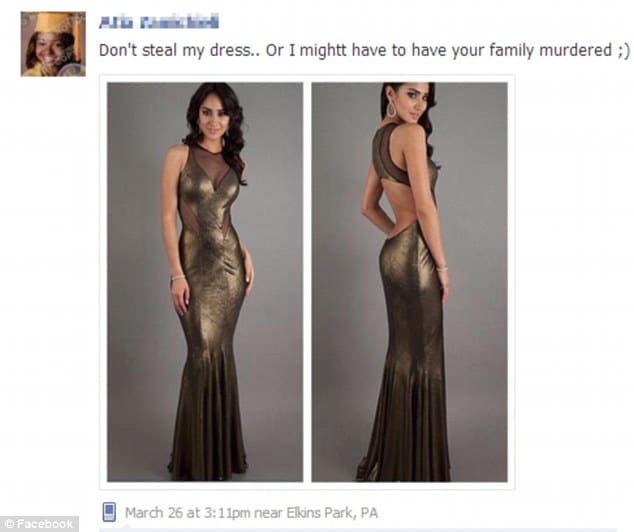 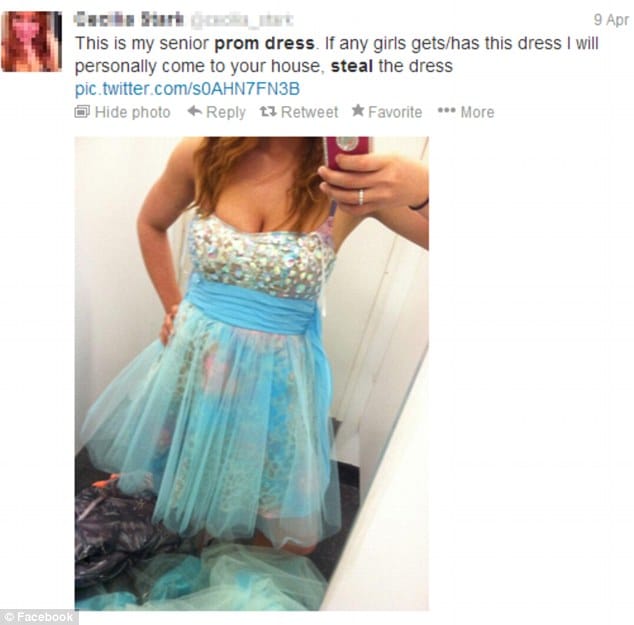 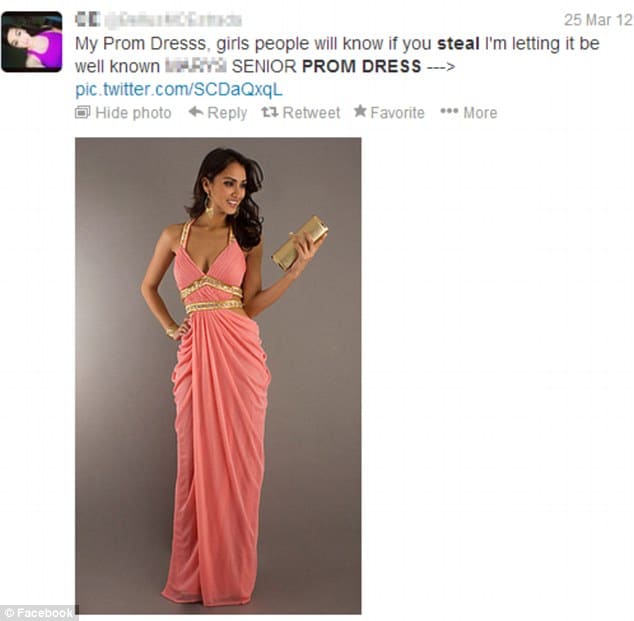 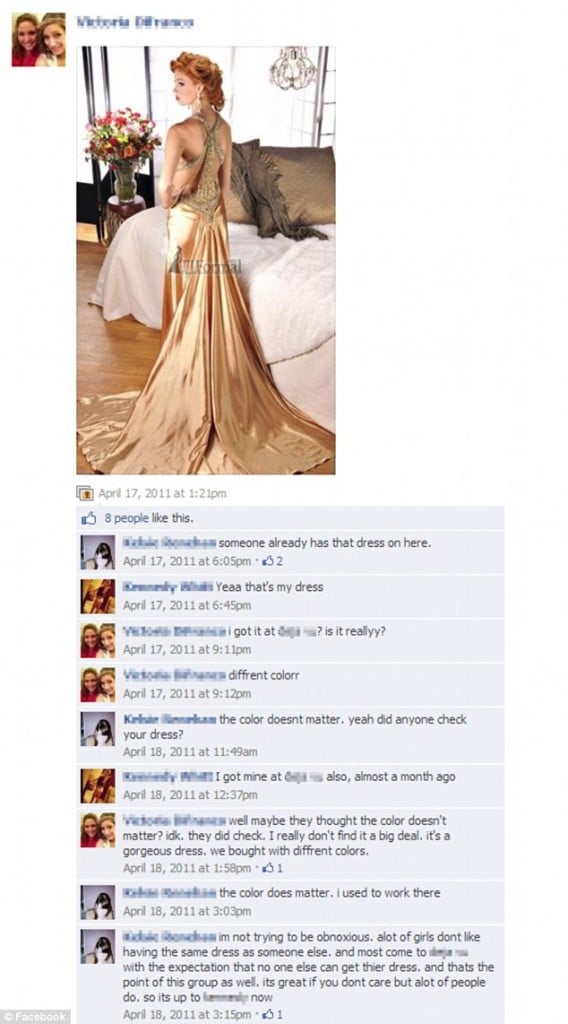