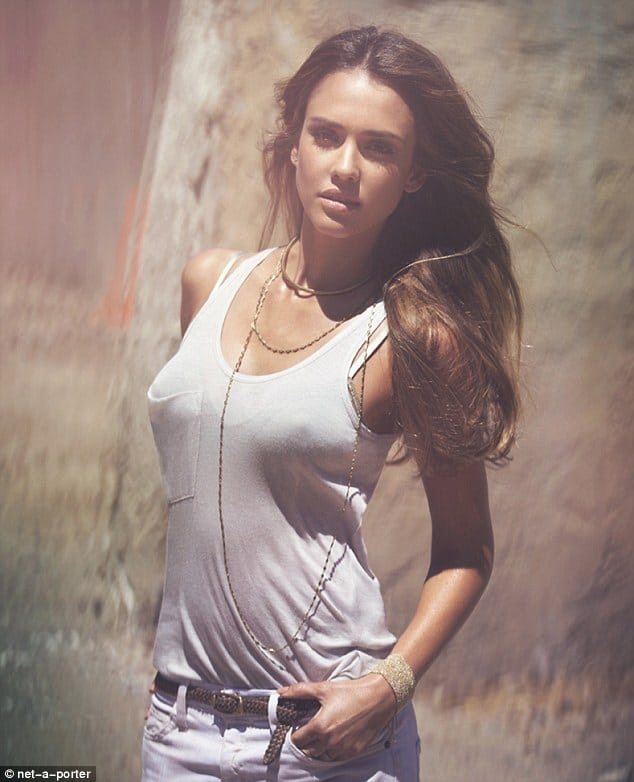 In a bid to retain the image of desirability actress and model Jessica Alba has gone on to disclose how she chose to wear not one but two girdles following the birth of her second son, Haven.

As much as many think the secret to Jessica Alba’s appearances ultimately comes down to diet and exercise the actress’s surprising admission has some wondering how tough women actually have it to keep up with appearances, even in the face of natural phenomenons such as pregnancy (see Kim Kardashian‘s recent woes) and child giving (another example here would be reality star Jessica Simpson).

Told the 31 year old: ‘It was brutal; it’s not for everyone. I wore a double corset day and night for three months. It was sweaty, but worth it.’

Really? Should we believe Jessica Alba that ultimately it was worth it to put herself in so much degree of discomfort lest her public image take a dip?

Which of courses poses some awkward questions, if a woman like Jessica Alba who is naturally endowed with nature’s best gifts has to resort to such tactics what does that say about the pressure for ordinary women who don’t approximate Hollywood standards? What pressure befalls them? Or can we argue instead that being a Hollywood icon exacts even more pressure to keep up appearances even when a woman’s body naturally goes through change as when she is pregnant or having just give birth?

Which is all perhaps a sad indictment on women and our ongoing perception of them to always appear picture perfect for us lest they disappoint for us the wonderful idea we have of them in our minds never mind the actual discomfort they face playing up for role models.