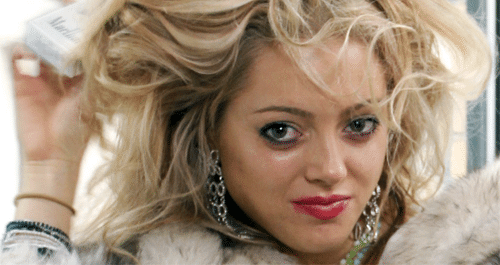 An inside look of a former Conde Nast editor Cat Marnell who chose drugs over love and her career.

Ubiquitous druggie chronicler Cat Marnell would like to let all you know that ruining your life with drugs (to the point where you can still  write nonetheless) does indeed pay. Well at least in Cat’s case as the former xoJane beauty editor has reportedly been able to secure herself a six figure deal ($500 000 actually) with book publishers Simon and Schuster where she will write her memoir: ‘How to murder your life.’

Marnell came to high publicity after xoJane fired her after she insisted on retaining her drug habit (they had tried to send her to rehab a number of times) and then moved over to vice where she was paid to write about her life as a vixen druggie full of self hate, capitulation and the dizzy desire for never ending adrenaline rush for the improbable and impossible and the kinky.

Her latest foray will also include Marnell’s adventures as a lithe sex kitten having to deal with the inconvenience of human beings forming attachments to her and vice versa whilst negotiating her other lover, the myriad drugs forever at her disposal courtesy of her tenacity of being the daughter of a well to do psychiatrist and a psychoanalyst  (I funded mine as a derivatives trader during a previous nihilistic existence) who for a while helped fund her adventures to never ever land.

Tells page6 interestingly: Aside from four abortions, she recalls getting “choked out by a Park Avenue millionaire kid in a pine grove by the reservoir at 4 a.m.” and “sex in vacant lots in Bushwick with white rappers.”

Reflected the following commentators on the web:

She’s a shite role model, but then again, if young women are reading her stuff and believing they can also live this city-girl-cocaine-fuelled existence, all the power to them. They’re stupid, but that’s okay.

I work in publishing. I guarantee she was courted because of a)her “gritty” lifestyle b) her fanbase c) her media contacts. Whether her book is actually well written or a fucking coloring book it doesn’t matter. She’ll get interviews and basically thats all her publisher wants. They need a poster child of “cool” and “hip” for a new generation to keep them relevant ans she needs them to keep her clothed and inebriated. Basically it’s a vanity deal between two devils who know there are suckers out there who want to read about a trust funded, wide-eyed cute lil junkie. People can hate her or love her but really so long as she gets features (and she will, this post supports that) that’s really all that matters.

And then there was this reflection too which I am leaning on too:

Watching all this happen is something like watching Lindsay Lohan cycle through highs and lows, denying but clearly struggling with her own addiction demons. We watch and wait and it’s cringe-worthy and awful, but it’s the proverbial car crash we can’t look away from. We know it’s going to end someday, and it’s probably going to end badly. But it’s not “personal”: These people we watch on the Internet seem more like characters than real people. So when Marnell announces that she’d rather smoke angel dust on the rooftop of Le Bain than work in a dreary office job, a lot of people come forth to, sort of, Internet high-five her. Why should any of us live dreary existences, have to pander to the man, slog our lives away in tedium? What’s wrong with drugs? Drugs are cool! And to be so honest and upfront about it, well, let’s accolade her for that, too.