A new study being published by the journal Sex Roles paints a disturbing trend amongst young girls as young as six years old who have begun to think of themselves as sexy.

Asked to choose which doll they identified with, the sexed up doll or the more conservative one (then again define sexy or conservative) a majority of girls were said to seek identifying with the one that was perceived that would make them most popular. Which doesn’t necessarily say that young girls are seeking to be perceived more sexy but anything that will help them be more well liked amongst their peers, something that shouldn’t surprise researchers too much as what is more popular these days is the portrayal of the female image in less constricted terms.

dailymail.co.uk: The results alarmed even the researches. Sixty-eight per cent said the sexy doll looked how she wanted to look and 72 per cent the sexy doll was more popular than the non-sexy one.

In order to understand why the girls chose the sexy dolls, they asked their mothers about their media intake, own self-objectification and amount of involvement with their daughter’s body image.

According to the study, girls who watched a lot of TV and who had mothers who self-objectified were more likely to choose the sexy doll.

Given the current cultural terrain the above assessment shouldn’t perhaps surprise us. In fact researchers have gone on to argue that the media instructs girls to be predisposed to self-sexualization and then the instruction, or lack thereof, by their mothers amplifies that tendency.

However, mothers who did not self-objectify had daughters who were less likely to choose the sexy doll, meaning that maternal influence can counteract media. 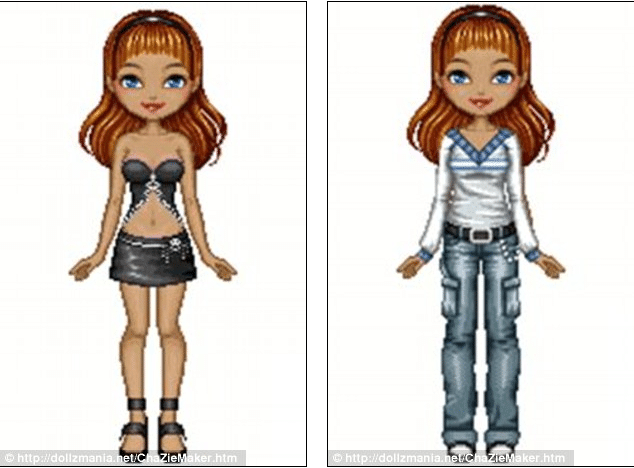 Ultimately as society gears itself up for more titillation and sensationalization of themes it shouldn’t surprise us that somewhere along the way not only women’s and young girl’s sense of self worth are re appropriated but that of young men and boys who are learning from even younger ages that at all times they must be a man, (whatever that term really means in the first place) and more than ever a young boys’ sense of worth is predicated on his ability to accomplish and achieve things as what a proper boy is meant to do in our increasingly polarized society.