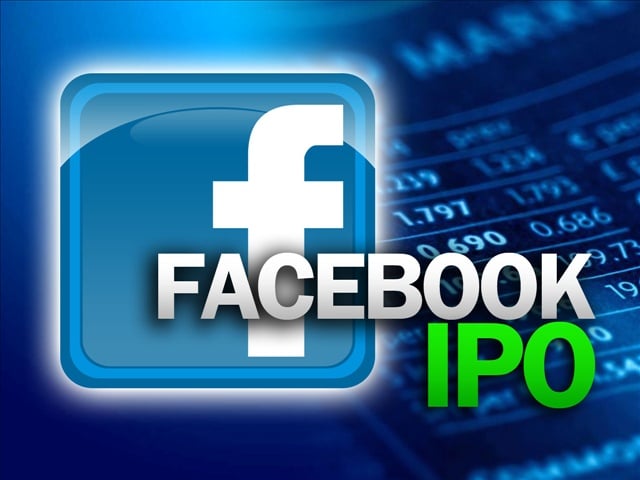 Facebook IPO launch: Getting rich in America is not about how well groomed, talented, educated or even how ambitious you are- it’s all about how connected you are.

In just under an hour, Facebook shares will start trading on the NY Stock Exchange and in that process one 28 year old man (Mark Zuckerberg) will somehow become worth $20 billion whilst another 1000 individuals will suddenly becomes millionaires. Yet that is rubbish compared to the avalanche of privy investors who have been preying, hoping, cavorting with their investment houses to get them a share in the surest bet of getting rich in America. That is getting their hands on Facebook shares at almost any cost because this hot baby is the easiest of lay ups since Google or Linkedn rolled their sweet hot asses out of bed and into the public forum of the capital markets.

huffpo: The scramble for shares in what is one of largest initial public offerings in U.S. history quickly divided the haves from the have-nots on Thursday. Those with big brokerage accounts and a long history as customers of Wall Street firms likely got at least part of their orders for Facebook shares filled, but would-be buyers who had no such ties were lucky to get any.

At stake may well be the chance to cash in on a big pop in the shares — some in the market expect a gain of 50 percent or more — when they start trading on Friday.

“This is worse than not scoring an invitation to the best party in high school,” said Fran Carpentier, 57, a publishing and marketing consultant in New York City who wanted to get in on the social media company’s IPO but could not figure out how.

Worse than scoring an invitation to the best party in high school? Are these nigga’s kidding. It’s better than that. Why not just say it the way it really is; this is money being minted out of thin air for those who have friends and access to those in the thin air department. This is a sure winner. You don’t need to have created, invented or produced anything. Mark Zuckerberg did that part already. How well he will do it in the future is debatable (but at 100 times forward earnings as opposed to 14 times his ‘mature’ peers this is a gamble) – but what is hardly debatable is that the champagne bottle is going to pop and there is going to be a very long line to get a sip of that Grand Cru before it rockets upward as desperate America vies to get it’s free for all spoils too.

Demand for the long-awaited deal has been surging, helped by wall-to-wall media coverage. Orders for Facebook shares outweigh the supply by a ratio of more than 20 to 1, according to traders’ estimates.

Aside from wanting the cachet of owning the next big thing, investors are eager to buy something that may deliver big, even astronomical returns — a rare opportunity in today’s low-yield and turbulent markets. IPOs often offer an early pop, even if the shares stumble later, and Facebook is seen initially climbing further than most.

My gosh! If only we could all wake up to this perfect nirvana of America everyday we’d all be so damn rich and happy. But of course you know the trick- this shit comes courtesy of having enough money to play this very fun game (so much for equal social mobility in the greatest con game in the world) and enough good will (once again because you sport big cahoonas in our supposedly classless society) to get one of the peon brokers (don’t worry they too are being well kept honey) to get you some extra slices of the good shit as it rolls off the presses:

“The deal is probably not ‘fair,’ but there’s no way it can be,” said Bruce Foerster, owner of South Beach Capital Markets and former head of global equity syndicate at Lehman Brothers. “If you don’t have ties to Facebook management, if you don’t have accounts and an investment history with firms that are co-managing the deal, why should you get any stock?”

Oh please. Any one heard of dutch tender? But once again just to play that game requires a wallop of money to get started.

And how will some investors rejoice in the spoils?

For some investors, buying into the IPO doesn’t necessarily mean holding on to the stock. Richard Laermer, who is CEO of social network ThankBank, is clamoring to get Facebook shares and flip, or sell them, at a profit.

“I am going to do what I did with LinkedIn, Groupon, Google, Research In Motion, AOL, Netscape, Dunkin Donuts … plus a host of 90s stocks that I can’t even recall,” Laermer wrote in an email to Reuters. “Buy on Day One, sell on Day Three. It never fails.”

Yet not everyone agrees today is going to be a fun easy pay day:

gizmodo: It’s important to remember that lots and lots of shares of Facebook existed before the IPO. A year ago, a Goldman Sachs leak showed who owned how big a slice of the Facebook pie. This chart from Learnvest breaks it down nicely.

Two things from this: First, everyone on this chart just got very, very rich. The valuation at the time was $50 billion; today’s more than doubles that. They’re the ones who are seeing a major payday; everyone else is going to be gambling that Facebook stock takes off like Google did back in 2004. Basically what I’m saying is nice work, Sean Parker!

Either way, you can still have your fun, just log onto Facebook and brag about your new sneakers, your new squeeze, your new whatever that makes you lovable and a very popular hawt bixch (isn’t that how facebook works?) and even if you don’t manage to bilk the capitalistic system with your savvy connections at least you can show off how savvy you look and are even if a dime of the $18.4 billion being magically printed today never reaches your scrawny good natured and good looking ass, all 900 000 000 million of you that is….

Facebook’s ex Eduardo Saverin likely to be banned from the US.