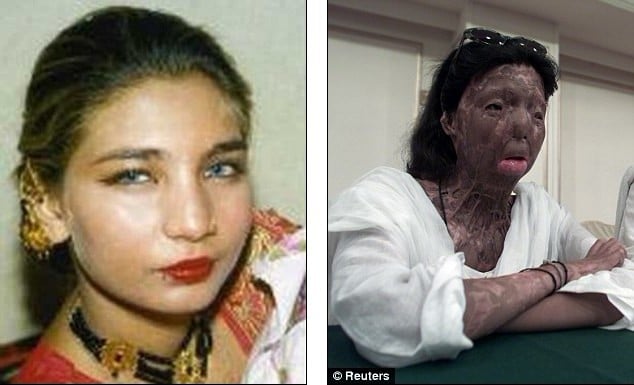 My face is a prison…

It is said Fakhra Younus, 33, a Pakistani national lept to her death from a sixth floor in Rome in an attempt to end the grief she had been experiencing ever since she was first attacked 12 years ago at the hands of her former ex husband.

The attack is said to have happened in her mother’s house in May of 2000 at the hands of her alleged attacker, her ex husband, Bilal Khar whom is said to have poured acid over her whilst she slept.

The attack left Fakhra Younus unable to breathe, her nose almost completely melted off and having to be rushed immediately to hospital. At the time of the attack, her hair was also burned, her lips fused, her left ear destroyed, her breasts melted as well as blinded in one eye. In essence she had become a shell of her former self, her femininity as well as her personal attributes violently diminished.

Since the attack, the mother of one, (her daughter was 5 when she was first attacked) moved to Italy in order to continue on going treatment for her injuries. To date it is said she had up to 39 separate surgical operations to repair damages inflicted upon her.

At the time of her attack, her husband was eventually rounded up in 2002 and charged with attempted murder, only to be released on bail 5 months later on the grounds of ‘insufficient evidence.’ What was also note worthy with respect to Mr Khar’s release was the fact that he was an ex-parliamentarian and son of a wealthy Pakistani governor, which many believe led to his exoneration.

Nevertheless Mr Khar adamantly denied any involvement with the crime, insisting interestingly that it was another man with the same name who had perpetrated the crime.

It was whilst in Italy, on March the 17th that Younus decided to end her life, writing a suicide note indicating that she was committing suicide because of the silence of the law with respect to the atrocities she had incurred as well as the insensitivity of Pakistani rulers. At the same time one would be compelled to wonder had the gender roles been reversed whether Younus would be languishing in jail, which goes a long way in affirming the negative stereotype roles of women and deferment of status.

Reports the Aurat Foundation: More than 8500 acid attacks, forced marriages and other forms of violence against women were reported in Pakistan in 2011 alone. In fact it wasn’t until last year that the Pakistani government instituted new laws criminalizing acid attacks, with convicted attackers having to now serve a mandated minimum 14 years behind bars.

Offers Tehmina Durrani, the ex-wife of Bilal Khar’s father: ‘I think this whole country should be extremely embarrassed that a foreign country took responsibility for a Pakistani citizen for 13 years because we could give her nothing, not justice, not security,’

Asked his thoughts on his ex wife’s suicide on television Mr Bilal Khar, who lives at the behest of his family’s fortune opined that Fakhra Younis committed suicide not because of her disfigurement, but because she had run out of money. 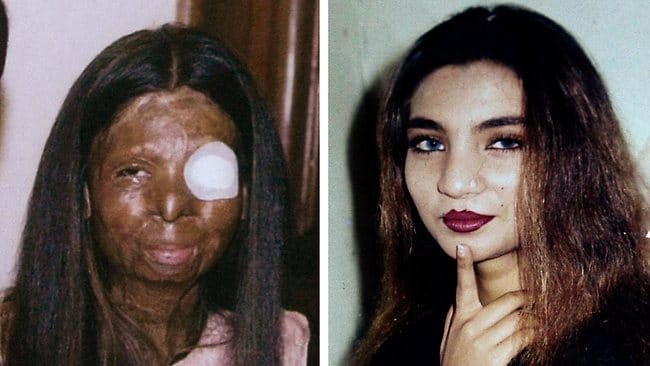