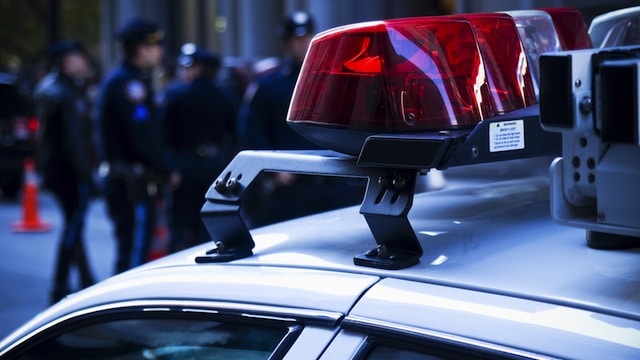 Officer Adam M Skweres would like to let all you ladies know no problem is beyond redemption assuming of course you don’t mind putting out.

In disbelief? You needed be….

pittsburghlive: Three women told local and federal investigators that a Pittsburgh police officer offered to help them with their legal problems in exchange for sex, authorities announced on Thursday.

Adam M. Skweres, 34, of Lincoln Place, who has been a city officer since February 2007 and worked out of the Zone 3 station in Allentown, also is accused of threatening and scaring the women if they did not comply with his requests.

Threatening and scaring women to comply with his requests? Ladies this sounds like an ultimatum if you ask me. Then again maybe it’s just police procedure over there in Pittsburgh. Nothing after all will get your problems fixed than a police officer who’s got your back, assuming of course you have his and ahem then some.

But alas things didn’t quite work out for Officer Skweres who must of thought he had a very appealing trade of services (makes you wonder how many times he’s managed to pull this off or if there’s just par for the course for the Allentown precinct).

City police, the FBI, the city’s Office of Municipal Investigation and the Allegheny County District Attorney’s Office conducted the investigation.

Harper said the investigation has been ongoing for several years, and court documents show that one woman told investigators that Skweres approached her in June 2008 at Pittsburgh Municipal Court, Downtown, and offered to write Allegheny County Children Youth and Families a positive letter to help her if she granted him a sexual favor. Her refusal, she told investigators, would mean he would send a negative letter.

Get on your paws and service me or get ready for a negative letter. Sounds about right in a democratic society. Or does it? Then again it seems maybe Officer Skweres didn’t want to come off too pushy (that would be tasteless after all folks) and according to the woman he is said to have offered his number and told to think it over.

But it gets better. It always gets better when you think your badge gives you total immunity:

A second woman told police that Skweres entered her home two months ago and offered to help her boyfriend who was under arrest if she would grant a sexual favor. The woman told police that she became terrified when he unzipped his pants and agreed to expose her buttocks to him “in order to satisfy him,” the complaint states.

And to think she resisted such a generous offer. Which brings up offer number 3:

A third woman told police that she was involved in a traffic mishap in July 2008 and that Skweres said he would write her a ticket but make it mysteriously disappear “in exchange for a favor. … (It) doesn’t have to be sex, we could do other things,” the complaint states. She said he also looked down at his gun and told her that if she said anything about their conversation, he would make sure she never spoke again, the complaint states.

The moral of the lesson? Officer Skweres will always be willing to see you get over your humps in the law assuming you service his humps. Don’t you wish you had a badge that allowed you to get away with this type of nonsense…unless of course you already do.