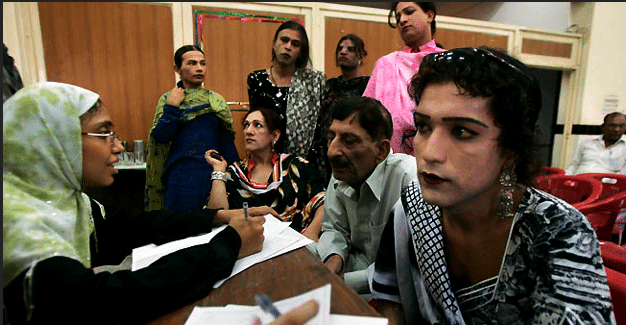 Pakistan’s supreme court has issued a decree that will now allow an estimated 80 000 transgender persons (or eunuchs as they are otherwise derogatively known) to vote in national elections.

The decision came as a result of a widespread petition from activists that forced the state to adopt a more conciliatory stand towards transgender persons that had been the case until now. Already registration has begun in several key provinces and is expected to shift to other areas, with Pakistan’s National and Registration authority (NADRA) set to begin to issue national identity cards.

That said there was widespread dissent when NADRA asked for an initial registration fee (can it be more cynical?) before Supreme Court Justice Iftikhar Chaudry forced NADRA to recant. Which intimates at the degree of tensions the Supreme Court’s decision has engendered.

Complicating affairs is the fact that many transgender persons do not possess computerized national identity cards which are mandatory for enrolment ( a list of 249 transgender people of Rawalpindi district prepared by the Election Commission, only saw 17 eunuchs arrive to enrol their names) A situation which has persisted as a result of this subset of the population being perennially marginalized and in turn too disenfranchised to participate within the affairs of a  society that for the longest time has denigrated and denied them civil rights.

Reflects Almas Bobby, who heads a eunuch’s association in the province of Rawalpindi:

“Cultural constraints and a lack of understanding about the transgender community”

In a society that remains embittered for even whether a woman can even show her face or her bare shoulders in public and as sullied as current negotiations and manifestation of upstanding rights for transgender persons may currently be, perhaps one ought to take some degree of heart that the latest actions courtesy of the Supreme court has begun a process of inclusion that not even 5 years ago would have been heretical to consider.