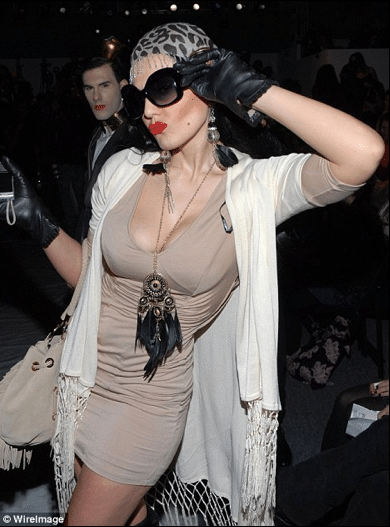 It’s never a good idea to try and cheat a part time hooker, stripper who knows a bullshitter when she sees one. The midnight adventures of my friend Sophia Kandelaki.

Oh dear kids, the pride it gives me to know that this morning my lovely friend and hawt to go to trot bixch Sophia Kandelaki has been proven righteous in her suit against a one legged millionaire who punched her in the face whilst wearing a rolex watch which left her with scar marks.

nypost: A Manhattan jury today believed Sophia Kandelaki’s tale of wristwatch woe, convicting a one-legged Manhattan millionaire of clocking her in the head with his solid-gold timepiece during a midnight curbside argument on the Upper East Side last April.

“It was an interesting case,” noted one female juror after the speedy conviction of Bentley-driving ex-construction-worker Thomas Hartmann.

An interesting case? Kids do you mind if I just take a moments detour to explain that I too have had the ‘interesting’ (really there is no other word for it) pleasure of meeting Sophia. It happened last year at Society’s Choice 4th of July bash (you can see all the pictures there) and to be quite correct I can vividly recall Sophia brushing her breasts charm all over my face. She is after all quite an entertaining character when she wants to be, that I can assure you of…

“And she was an interesting character,” the juror added of Kandelaki, 37, who’d taken the stand wearing jeans and a tube top this week, describing herself to the jury as a gunpoint kidnapping survivor, a reality star hopeful, a stripper, a private shopper, a vegan chef, a singer, a composer and an expert in “deep, inner tantric massage.”

Expert in deep inner tantric massage? Hmm, I wonder what that could all possibly mean? Inner massage? Does anyone have any clues? I’ll have to call on you Sophia this afternoon for you to elaborate. You’ll also have to quote me your going fee…

According to city records, Thomas Hartman the gentleman that purportedly assaulted Ms Kandelaki came across his fortune approximating $20 million (yes ladies, this bixch is a great catch…) pursuant to a settlement with the police department after an arresting officer who had come courtesy of Mr Hartman’s ex wife admitted purposefully ramming his police car against Mr Hartman’s car.

According to trial testimony, Hartmann was flashing cash and drinking heavily at the restaurant during a dancing-on-the-table-party this past April when a ponytailed and high-heeled Kandelaki showed up with a fellow Russian pal identified only as Nikola.

Hartmann bought the women champagne; Kandelaki, who has a 2005 prostitution arrest from one of her “massages,” admitted on the stand to “flirting” with Hartmann.

But once outside the restaurant, the one-legged millionaire and the tantric masseuse came to blows.

Prostitution arrest. Flirting? Fellow Russian gal pal? Really? And let’s not forget all that bubbly. So what then went wrong…?

Kandelaki told jurors that Hartmann clocked her for no reason. Hartmann insisted through defense lawyer Joseph Tacopina that he struck her with his Rolex-bedecked wrist only by accident, after he became startled and lost his balance on his prosthetic leg when she reached in his pants for his giant wad of cash.

Reached into his pocket to grab a wad of cash? But I don’t recall Sophia reaching into my pocket when I first met her at Society’s choice 4th of July fete. Then again I don’t have a penny to my name. 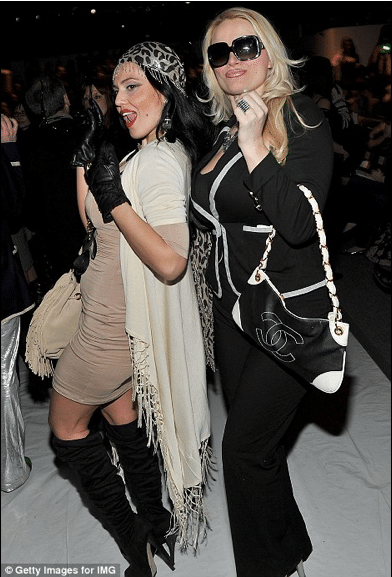 Jurors, who saw photos of the huge gash on Kandelaki’s face, believed her — in spite of Tacopina’s efforts to portray her as a lying tax cheat who called 1-800-LAWYERS from her hospital bed in hopes of a big payout of her own in an ongoing civil case. Hartmann faces up to a year jail at sentencing.

“The victim wasn’t on trial here,” explained one male juror of the verdict.

1-800-LAWYERS? Kids, did you take that number down. You might just need it one day, especially if Mr Hartman should run into you and gets into one of his brazen moods.

Oh dear Sophia you are a very adventurous girl, that said one does wish you could just settle for one of them low earning artist types who will adore you busty tube tops or not. Then again who can resist the glare of a ritzy NY socialite faux pas scene…?