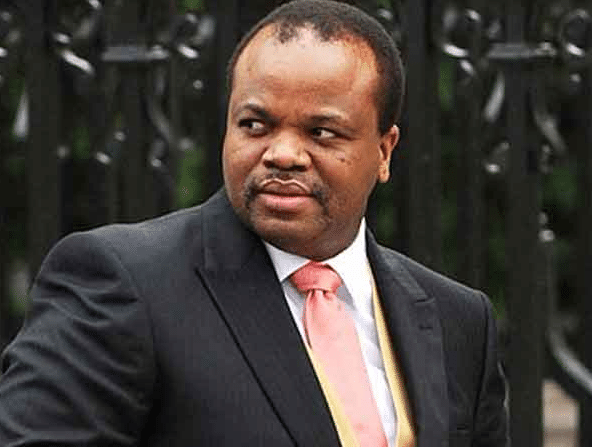 MsWati III happens to be Swaziland‘s dictator, a small country on the southern peninsula of South Africa. It also happens to be the last remaining country within Africa ruled by an absolute monarch. Within the country exists one of the largest multinationals in the world- Coca Cola, who happen to own a concentrate manufacturing plant and who according to human right activists and political opponents (who are few and coincidentally often rounded up and tortured) are effectively propping the tyranny of Swaziland’s king, Mswati III.

An assertion that Coca Cola vehemently denies. Never mind the mounting evidence that is starting to suggest degrees of complicity between the multinational and the king, or at the very least the notion that the multinational is turning a purposeful blind eye to the corrupt practices of King MsWati III.

Offered Mary Pais Da Silva, co-ordinator of the Swaziland Democracy Campaign who calls for the immediate pulling out of Coca Cola out of Swaziland:

“Coca-Cola must know they’re doing business with the wrong people. At the end of the day it doesn’t benefit the economy in any way. Their profits don’t help the average Swazi, while the king is getting richer by the day.” Then adding: “The king is milking the country. This is entrenching him more and more, giving him economic strength to crush opposition. Nobody should do business with the regime in Swaziland. They should cut ties and take their business elsewhere.”

Rather than scale back it’s operations, Coca Cola has managed to make its productions in Swaziland the biggest out of all its affairs in Africa ensuring a large revenue base from which the Swaziland government taxes out of. Taxes which opposition parties maintain the King is illegally using to supplant freedom of speech and dominance of his own imperative (he is said to be worth $100 million while the average citizen exists in abject poverty earning no more than $1.25 a day with over 50% of adults in their 20’s HIV positive or stricken with AIDS) at the expense of the nation whose citizens reap no personal advantage of. An allegation that Coca Cola argues can not be attributed to them simply by virtue of the fact that they exist as a large tax revenue base. Furthermore the multinational asserts that it can not account nor dictate how money it pays in taxes is used by the Swazi government, despite the matter of fact evidence of a tyranny that maintains the impoverishment of its citizens.

Asserts Sherree Shereni, spokeswoman for the Coca-Cola central Africa franchise; “King Mswati III does not receive any profits or dividends from Conco Swaziland [Coca-Cola’s concentrate production plant]. Through the Coca-Cola Africa Foundation, which was set up in Swaziland in 2001, the population of Swaziland has, however, benefited from Coca-Cola’s contributions to their social welfare in the areas of water stewardship, health, education and entrepreneurship.”

Which might be another way of saying whatever private misgivings Coca Cola have of the affairs of Swaziland it itself has attempted to offer some public good. Which some might argue is akin to buying the stricken populace a kewpie doll on Christmas day and then looking the other way the rest of the year so as not to jeopardize relations with the country that has allowed it to concentrate more than other nation in Africa its production and wealth. Something it was forced to do after assertions of apartheid in South Africa forced it to leave that country in 1987 and quietly set up somewhere else.

All of which ultimately forces the moral imperative, how much can a corporate do to exact the goodwill of a nation that it has via its presence a large influence of (in Swazi’s case, 40% of its GDP is garnered from Coca Cola’s presence), or should it just step aside as mounting evidence indicates foul play in a country that it has quite possibly indirectly financed? But then again is it really the role of a multi national to lecture the government on human rights, especially if doing so only risks alienating its host?