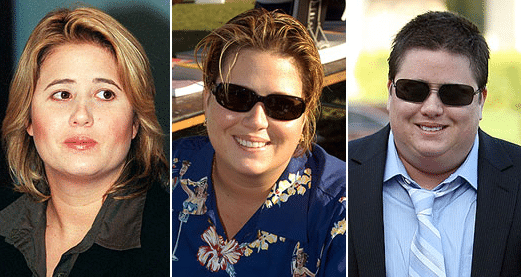 ‘Please, you aren’t no authority on gender re assignment!’ The switch blades come out…

Trouble in Hollywood is brewing in them hills of Hollywood kids. Why? Cause Stephen Ira, who happens to be the transgender son of Warren Beatty and who was born Kathlyn reckons that Chaz Bono, the ‘Dancing with the Stars’ contestant is way out of line with the way Chaz has come to terms with gender assignment. Effectively labeling Bono a misogynist. Grumpy play dates if you ask me…

Writes 19 year old Stephen in his blog: “Chaz has appointed himself as the representative of a group of people who are not all like him. He has said misogynistic and prescriptivists things about gender. I take particular issue with his comments on trans embodiment and on women.”

huffpo: Stephen takes particular issue with Bono’s assertion in The New York Times, in which he likened being transgender to having a birth defect. “There’s a gender in your brain and a gender in your body. For 99 percent of people, those things are in alignment,” Bono said in May. “For transgender people, they’re mismatched. That’s all it is. It’s not complicated, it’s not a neurosis. It’s a mix-up. It’s a birth defect, like a cleft palate.”

Of course what you have to remember is the fact that Chaz himself was born a woman before having a series of operations that facilitated his biological male gender. Whether the operation dealt with that part of Chaz’s psychological make up is another thing, after all the way Stephen sees it it could be an issue that Chaz is talking with her misaligned female quotient. Or could it be a situation that Chaz has appropriated his mixed feelings of having been born a female into his ethos that being the ‘wrong’ gender is tantamount to a birth defect.

“Chaz is a misogynist…This man doesn’t represent our community. He especially does not represent those of us who are non-binary, non-op, women, or feminist men. Chaz needs to do some hard thinking about what it means to appoint oneself representative of a whole group without considering the desires of all the group’s members.”

Ouch! Probably reconsidering the hubris, Stephen went on to pen another post:

“I would be more than happy to sit down with Chaz, have a drink, and talk with him about how he can think and talk about gender in a way that’s more inclusive,” he wrote. “He seems like an all right guy, his questionable views aside. And from what I’ve seen, he’s really remarkably good at the cha cha.”

Belying the idea that gender isn’t necessarily ascribed to ones biology but also a state of mind comes this prescient comment courtesy of huffpo:

I am a 56 year old lesbian and when I was a child I used to dream of becoming a man because I did not know I could live my life openly as a woman who loves women. Can’t speak for anyone else but I know what I felt and how I my feelings changed over time. I am now thrilled to BE a lesbian and a woman. When someone feels so strongly that their sex and gender are mixed up and/or somehow wrong, who am I or anyone else to say what is right or wrong for them? Until you walk a mile in someone else’s shoes, you really have no idea what they are experiencing.

According to the National Enquirer, his famous father was “beside himself over the situation.”

Who might also be besides himself might be Chaz Bono who has remained ahem conspicuously silent since Stephen Ira’s blog postings.

Hmm, so much for sharp knives, which when you put your mind to it can be quite literally used to reaffirm who you think you really ought to be…

Warren Beatty and Annette Bening are devastated that their daughter is now a man.