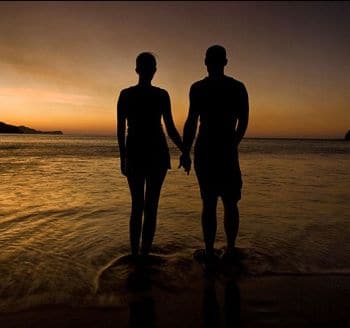 What were the odds?

South Africa: An engaged couple who had been dating for 5 years had the shock of their lives when they went to meet each other’s family for the first time only to discover that they were brother and sister. Compounding their heart ache is the fact that the bride to be is a month away from giving birth to their child.

Unbeknownst to them their parents separated in 1983 when the bride was eight months old and the groom was 2 years old. From there their parents went on to live respective different lives, with the mother raising the daughter and the father raising their brother a distance of 50 miles from each other. Of note the father claims he left the sibling’s mother only after he discovered she was cheating. Adding to the woe is neither the groom or bride were aware (one assumes because of the bitter rift between the parents) that they had a brother or sister.

Living separate lives, brother and sister only met many years later in 2007 when they attended the same university where it is said they fell in love with each other.

After being told by their parents who had come to a traditional ceremony where the groom introduces his family to the bride’s family that they were in fact brother and sister the couple decided for the interim to split whilst considering what to do next.

Complicating matters is the region’s strong antipathy towards incense and psychologist’s assessment that it is not unusual for siblings once removed from each other to exhibit strong sexual feelings towards each other upon re-meeting later in life.

At stake in the crises is the notion can a couple still love each other despite their biological history and whether carnal love can ever be predicated on filial relationships? If one observes certain cultures, even monarchies, it isn’t all together too unusual for cousins to wed each other or to have relations. Which raises a larger question, despite the obvious dangers that can come about from inbreeding can the notion of carnal love exist irrespective of filial relationships and more than anything is the taboo of incest really just a man made cultural decree which when removed from consideration should hardly affect the way two people feel towards each other.

To put it another way, had both the couple’s parents passed away before they could have actually met once again and revealed the news to the couple that they were in fact brother and sister how different would things between them really be today?