Nothing brings greater pleasure in the world to 30 year old Stanley Thornton Jr than waking up every morning in his crib, wearing his diapers and then being bottle fed. But for a moment it looked like Stanley’s fantasy life might just disappear after allegations were made that questioned the veracity of his disabilities which would have forfeited his $800 monthly allowance from the government which allows him to live out his very bizarre existence.

After a program earlier this year shed light on Stanley’s very peculiar existence, one man watching it, US Republican Senator Tom Coburn took offense and wondered out aloud how  disabled Stanley really was if he was as the program revealed able to custom make the crib that he slept in.

“Given that Mr. Thornton is able to determine what is appropriate attire and actions in public, drive himself to complete errands, design and custom-make baby furniture to support a 350-pound adult and run an Internet support group, it is possible that he has been improperly collecting disability benefits for a period of time,” Coburn, a practicing physician, wrote in a letter sent in May to the Social Security Administration.

That’s of course when Stanley’s nightmares began to set in.

When he was notified that he was pursuant to Senator Coburn’s letter being investigated he threatened should his benefits stop to commit suicide. He went on to argue that his decision to live his preferred lifestyle as an adult baby had nothing to do with why he was claiming disability (but of course one can wonder if it facilitates it, but then again who can tell anyone how to live their life?) and that in fact he had a genuine disability which preempted him from leading an ordinary existence. 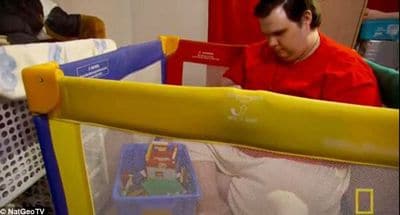 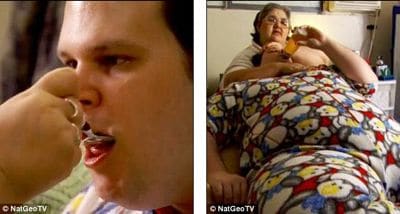 According to his biography, Stanley argues that abuse received as a child led to him developing post traumatic stress disorder and an aggravated heart condition, and that role playing as an adult baby only helped him alleviate his condition.

As an aside, Stanley’s live in care taker, and room mate, Sandra Dias, a retired nurse who took on the role of Stanley’s surrogate mother passed away this summer as a consequence of stress induced by the threat that Stanley’s benefits could be taken away.

Whether Stanley’s disability is real and physical or simply all in his mind, one can only marvel at how a grown man has chosen to recess to an almost completely vulnerable role that most of us on a day to day fight not to find ourselves in. Whether Stanley’s condition is brought on by physical issues or mental issues, the government according to its definition of disability is required to pay people like Stanley their arrears.

Yet what is interesting and somewhat disturbing and doesn’t necessarily negatively impart on Mr Thornton is the chart below that shows that since 1985 the rate of social security disability applications has more than doubled whilst we can assume the number of people living in America has not. Which raises some tough questions, are people finding clever devices to claim certain ailments in order for the government to provide for their existence or can we really say there has been a legitimate increase in people suffering with disabilities since this time? Either way, Stanley Thornton Jr has got his heart set on living his life as an adult baby, but the question remains, who will take care of him now that his live in caretaker and room mate has passed away?