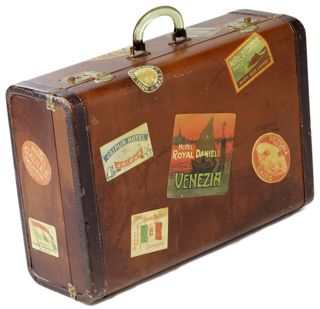 For three months, nobody noticed a suitcase behind an abandoning in the Bronx with a note on it reading, “Rest In Peace.”  When someone finally did, finding the badly decomposed body of 73-year-old Johnny Davis—“like a bad Samsonite commericial,” law-enforcement tactfully told NY Daily News—police tracked down Monique Exum, 36, who lived nearby and took care of Johnny Davis.

The Daily News slams Exum for claiming she did nothing wrong, but the New York Times printed what she told police, and some of it bears repeating in order to understand the character and motivation of behind this incident:

“I went into the room and he’s face down in the bed. His left hand is closed, his right arm is on the side of the bed. I knew he was dead. I think he had a seizure and died. I was afraid. I didn’t know what to do.

I called a family member and she hung up on me. She didn’t care. The next day around 12 o’clock, I called a friend and asked her what happens if someone dies in my apartment. She says if someone dies in your apartment you go to jail. So I get really afraid. I took him off the bed, put him on the floor, put him in a plastic bag, one on top of him, one on bottom. I took a suitcase out of the closet and put him in a suitcase. I went down to the corner store and borrowed a dolly. While taking him down the stairs, he’s bumping down the stairs and a neighbor on the first floor heard and asked me if I needed a hand. I said, ‘No, I don’t need no help.’

I take him to the rear of 1309 Needham Avenue because I used to live there and I know the house is abandoned. I took a board and wrote Rest in Peace and left it on top of the suitcase.”

Exum has been charged with improper burial, and coroners are investigating the cause of death.

From her own words, you get a sense of the resolute agency with which Exum carried out the task of transporting Davis’ body—having to go borrow the bodega’s dolly, for instance.  That’s a perennial and mortal question, what to do with a body, complicated by issues of law and accountability in the eyes of the state.  And this is a frank, spare, and beautiful confession– about when nobody cares, about when people tell you to be afraid, about when you too scared to ask for help, even when it’s offered.  It’s possible that this New York death transcends right and wrong.