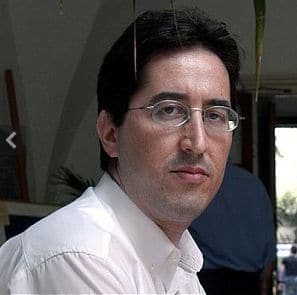 News to me: everyone spies on everyone in government. Or is it news?

When Shamai Leibowitz, an FBI transcriber, was brought to trial in 2009 for leaking sensitive material to a blogger, even the judge didn’t know what information he had disclosed, only that it was a “serious case.”  In any case, Leibowitz managed to get himself a 20 month sentence, under President Obama‘s newly created Espionage Act (how’s that for change you can count on?).

Now, the blogger involved, Richard Silverstein who keeps a blog devoted to liberal perspectives on Israeli politics (yes Jews run the media and other terrible things…) has come forward in an interview with the New York Times to clear Liebowitz’ name, suggesting that Leibowitz’s aims were essentially noble.

According to Silverstein, Liebowitz’ concerns were related to Israel’s desire to strike Iranian nuclear facilities and how far they might be able to bribe sway congress towards that end and that anyway knowledge of government wiretaps were par for the course, even those with close allies like Israel, except that it is when they make it to the internet.

Offers the Times:  “The Federal Bureau of Investigation listens in on foreign embassies and officials in the United States chiefly to track foreign spies, though any intelligence it obtains on other matters is passed on to the C.I.A. and other agencies.”

Ultimately one presupposes this is another news item that ranks as ‘not-news’ since everyone knows America spies on everyone.  After all, we want an “informed” government; how do you think government officials get “informed”?   We all know the best “information” can come from some pretty dubious “sources”, but when in doubt rely on “minimization” to curtail suspicion. After all it’s good practice to never completely divulge names, even if everyone knows who you’re talking about…

All of which is just another way of saying it’s business as usual, except that is when you go trekking to the media. One can only wonder if Liebowitz was under some delusion when he went live with his information. After all it’s one thing to whistle blow about say a despotic country or covert corporate  behavior, but your own close allies? How long did he think he think it would take before the Espionage team would come looking for him?

Liebowitz, father of two 6-year-old twins and a practicing if not controversial lawyer in Israeli, now spends his days in a Federal Bureau of Prisons halfway house in Maryland. As even he reflects, his family has become destitute as a consequence of him being called up for his whistle blowings leaking. So much for good intentions…