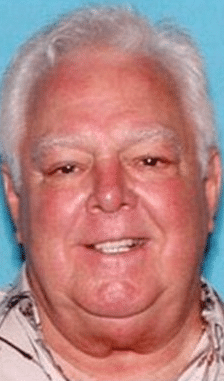 How could anyone resist a story that lends itself so well to quips like VIVA LAS VEGAS! or What happens in Vegas…?

According to the Chicago Tribune, Arthur Gerald Jones was a man trying to live his dream: leave his ball and chain of a family, his corporate commodities broker-gig, all that gambling debt and get away to—where else?—Las Vegas, where reality does not exist.  So he stole a Nevada man’s Social Security number and got a job working in a casino.  Things worked out back in Chicago: 25 years ago, he was pronounced dead (all that debt to card sharks worked out as a motive, presumably), and life went on blissfully without him–his life, at least, and with his new alias: Joseph Richard Sandelli,

That all changed when Jones went to the DMV, quite a setting for dramatic turn of events.  On July 19th, he was arrested for providing false information to the federal government.  He has just now plead guilty to felony identity theft charge that could land him prison time and at the very least, restitution to the Social Security Administration.

Is it just me, or is Don Draper much more compelling?  Imagine if the plot of Mad Men was just a little different: Don leaves his life with Betty and his kids and his agency for a new life and new identity in Vegas? That’s one American Dream, I suppose.  The design of the show would be a whole lot tackier, and instead of a character building himself and performing to be the American Dream, he’d just be running away from it!

I hope I haven’t given anything away about my favorite television series, but Jones’ story provides us with one narrative outcome to Don Draper’s: federal prison.  Let’s hope it ends better for Jones’ fictional counterpart; it might be his last chance to escape to reality.