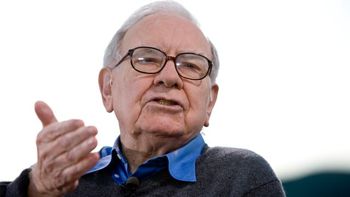 Getting to the root of America’s problems sometimes requires a leap of faith and an appreciation that sometimes its best to coalesce those who are in a position to step up to the plate to do so.

Probably annoyed and beguiled with the current fracas over there at Washington, about doing away with budget deficits and then raising their debt ceilings anyway, multi billionaire, Warren Buffett who’s is estimated to be worth $47 billion has come out with his guns slinging today by insisting that in order to get to the root of the nations matters we need to undo the previous president’s tax cuts and get those individuals who make more than $1 million to fess up.

abc: Says Mr Buffett: the rich are “coddled” by Congress “as if we were spotted owls or some other endangered species.”

Hmm, could this have something to do with the fact that the politicians coddle up to the rich and loathe upsetting them (ie by repealing their tax cuts)because they are the ones who are in a position win their seat back? Which is a roundabout way of saying, anytime the common man can take it up the rear to make sure we collectively accommodate the aspirations of the rich man is always a good idea.

Thank heavens then that one rich man sees the foolishness of all this and attempts to get Congress to change course.

Buffett, who has spoken out in favor of raising taxes on the rich multiple times, urged the super-committee to increase income taxes for the 236,000 people who earned more than $1 million in 2009, including taxes on investment profits such as capital gains and dividends. For the 8,000 people who made more than $10 million in 2009, Buffett suggested an even higher tax increase.

Spoken in favor, but as one can see his ideas have yet to be seriously adopted. Asked about the idea that having to pay more taxes might chase him and his rich friends away, Mr Buffett scoffs:

“People invest to make money, and potential taxes have never scared them off,” Buffett wrote in his op-ed.

As heroic as this all sounds, it could all ultimately be rhetoric as the hunting season for election gets underway and as any commoner knows, the public is almost willing to believe a public figure when they say they want to make changes for the better, even a well to do billionaire who should never underestimate a politician’s steadfast desire to get re elected. That’s right, you can kiss those tax increases goodbye now…