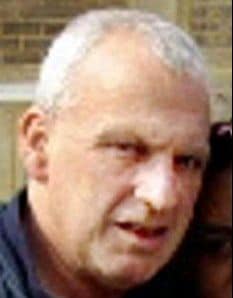 Brighton-UK, Aug 20. A frail 51 year old Jessica Makarab is reported to have been so frail upon the death of her caretaker partner that she was unable to report his death, which led to her living with him for up to 5 weeks before authorities were finally summoned.

In fact had it not been for the the concern of neighbors Ms Makarab might still have still been living with the deceased man. Although it is also speculated so frail was Jessica Makarab when she was discovered that she may have also soon died alongside the deceased man.

Complicating matters is the fact Jessica Makarab’s frailness has preempted her recalling the dead man’s name (she does however recall his first name- Terry) his origins or even the exact nature of their relationship, including his age or who even may have been his relatives.

At present the lack of identity of the deceased man has caused vexing concern to authorities who it is said are not legally able to bury the man until his identity is disclosed.

What also gives this case a sense of deep pathos, is the fact that the grossly ill Ms Makarab (one could wonder if her caretaker’s death induced a type of overwhelming shock or denial or whether she had been living with her condition for a while) is forced to continue living with her caretaker’s death even though authorities have finally been physically summonsed to deal with his death.

Failing closure it seems Ms Makarab is destined to be burdened by a kind of death in perpetuity.

What can be said is that the couple met in 1989/90, that the man in question was born on June 20, what year no one can say and no foul play is suspected.

In the event anyone comes with pertinent information authorities ask they contact them in confidence: 01273 665526.