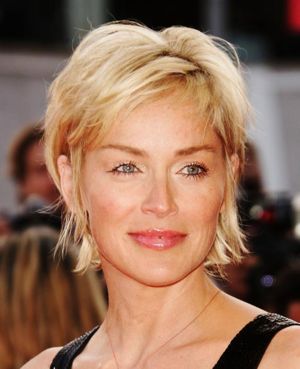 It must be hard serving jury duty when stars are involved in the case.  How could anyone be asked to be impartial when everyone has a preconceived notion on any given celebrity?

One woman is taking that stance and running with it:

LA Weekly: According to City News Service, a middle-aged Hollywood snob in the running for juror on the Sharon Stone lawsuit (currently stalled in L.A. Superior Court) has informed Judge Rex Heeseman she can’t possibly consider the case neutrally, seeing as she has zero respect for Stone’s work. And she’s an actress herself, so the critique is coming from a place of serious artistic concern here.

Judge Heeseman at present seems to be ignoring her request.

The case against Sharon Stone comes from a gardener named Peter Krause (not to be confused with the actor Peter Krause) who apparently slipped on her muddy backyard a couple years ago, fell on her fence, and suffered internal injuries.

Now you tell me that this Peter Krause is not already trying to bring Sharon Stone down a notch.

I happen to think that when a star is brought to justice, all people who do not live under a rock have a pre-existing relationship to one of the parties—namely, the star.  Good luck finding a jury in Los Angeles that does not already have an opinion on a celebrity.  I suggest a basic pop culture quiz for prospective jurors regarding cases like this.  The poorly one does, the more apt they are to serve as member of an unbiased juror.

I have friends that do not know who Sharon Stone is.  And it’s people like this that belong on a panel to fairly examine her case.  Some may call this punishment for not caring about tawdry detail into the lives of celebrities; I call it justice served.