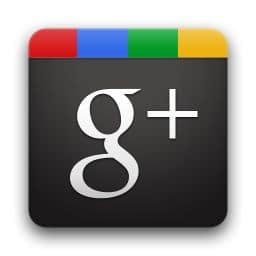 Google Plus users are growing outraged as several find their accounts—either their G+ profile or all their Google accounts– frozen or purged, with a message saying they violated Terms of Services.

The issue: Google Plus only recognizes names without weird characters—which is not to say real names only.  Some using real names are booted for using their log in for multiple accounts, others are using brand names or recognizable avatars.

ZDNet reports that even those big in the tech world have been purged; among those, former Google employee Kirrily “Skud” Robert and Limor Fried – AKA Lady Ada / Adafruit Industries, who was recently featured on the cover of WIRED Magazine.

Google Plus VP Vic Gundotra has responded to complaints, reiterating that G+ is in its early stages, making some mistakes regarding pseudonyms, but reacting to their community to develop into a personal online community.

Google Plus has been praised for its circle model of contacts that let users see activity only pertaining to this or that grouping instead of a massive flood of posts from all people you’re in contact with.  At this inceptive stage, its potential for social media marketing and brand presence is still mostly up in the air.

A friend of mine came up with an apt metaphor describing his experience on Google Plus, saying it like getting invited early to an all-white loft party where not that many people have arrived yet, but they all seem really cool and mingling in their own little circles.  What made Facebook hot was its exclusivity: you had to have a college email address to get an account. Now, with Arby’s signs reading, “Join Us For Exclusive Deals on Facebook!”, that exclusivity is a farce.

Google is sure to respond to users’ complaints; this limited field test follows the model that reacts to praises and criticisms is what has made Google so successful thus far.

What makes a party exclusive, though, is not who you invite, but who you don’t invite.  This controversy could conversely will work in Google’s favor by only boosting its elite ethos.

Isn’t it time you tried to get an invitation to Google Plus too?