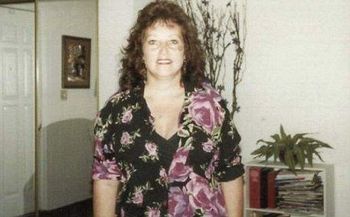 The skeletal remains of 57 year old Kathryn Norris Kunzweiller are finally identified. An indictment on the American foreclosure crises?

It appears that the previous owner of a foreclosed home in Melbourne, Florida, Kathryn Norris Kunzweiller took her life when her home was foreclosed in November 2009, only being discovered a year later by the new homeowner after they arrived to change the locks on the the home.

What makes this case particularly beguiling is that after Wells Fargo took over the house (due to missed mortgage payments) it had not come across Kathryn Norris Kunzweiller’s body, even after taking many pictures of the car. It is also understood that the previous owner to have been twice divorced, with no children, recently unemployed and devoid of friends and family, which could go to some extent in explaining how she literally managed to disappear from the face of the earth.

Even more mysterious is the fact that investigators believe her to have been sleeping  in her car, as the electricity had been cut 3 months prior to the foreclosure, when she died, with a burnt candle along the dashboard.

All which raises the question, can we discount this as a bizarre incident of a woman unable to cope with her burgeoning reality or the effects of a cold hearted system and that of an individual who just did not have the strength or the resources to deal with the bitter reality that so many Americans are being forced to deal with, often through no fault of their own.