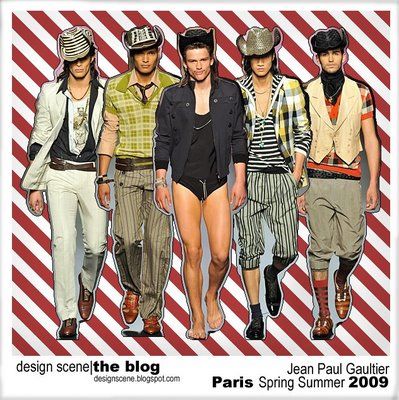 HL: This year also marks the 35th anniversary of your first runway collection. And despite nearly 4 decades in the industry, your designs continue to feel new and fresh. How do you seek inspiration?

JPG: Inspiration is never a problem; I usually have too much of it. I sometimes want to say too many things at once. Everything I see can inspire me: the cinema, theater, music.

HL: With Jean Paul Gaultier, you have cultivated a brand in a way that hadn’t been done previously, using a lifestyle approach that explored markets beyond standard ready-to-wear. How did this 360-degree view of fashion–which included home design, children’s wear, and beauty–come about? Did you learn about branding from your apprenticeship with Pierre Cardin at age 18?

JPG: No, I learned about freedom from Mr. Cardin. There was an absolute freedom in his studio. I would give him a drawing of an outfit, and he would say, “Great, you can do that now as furniture”. I worked for him in 1970, and he had just opened a theater, but he also did his shows there. He had assistants from all over the world–it was the first time I tried Japanese food with my colleagues from work. It was a great time, and it taught me that you have to have a free spirit to succeed.

HL: You have had some illustrious help yourself. What do you think of former assistant Nicolas Ghesquière’s work for Balenciaga?

JPG: I think that he’s doing a very good job for Balenciaga.

HL: If you were to leave your brand, what qualities would you look for in a successor?

HL: You continue to work with some of the most exciting musicians in the industry, from Madonna to Kylie Minogue to Lady Gaga. Are there any other contemporary pop stars you have your eye on?

JPG: I have had the privilege to have worked with those that I admire, whether it be Madonna [in music] or Pedro Almodóvar in the cinema. I don’t know, there are interesting people out there, but they have to want to work with me.

HL: We’re actually big fans of your ’88 hit, “How To Do That.” Do you have any plans for more pop songs of your own?

JPG: Thank you, I sold around 30,000 records – almost made it to the Top 50, but I think that was my last foray into the music business as a musician. I prefer to dress the stars.

HL: Tell us about your working relationship with Madonna in the 80s and 90s. Where did the idea for that infamous cone bra come from?

JPG: The first time I saw Madonna was on Top of the Pops. She was singing “Holiday,” and she had a fabulous look. (I actually thought that she was English because she was so stylish.) She was into the same things that I was doing at the time, like crosses, oversized jewelry, and fishnets. The second time I saw her live was at the first MTV awards in New York at Radio City Music Hall. It must have been 1984. She sang “Like A Virgin” in a wedding dress and was simulating “self contentment” or “self satisfaction,” to put it euphemistically. The audience was mostly business people, who were horrified. There were just a few young fans–and me, who absolutely loved it. That is when I realized that she couldn’t care less what others thought of her, and I also saw how powerful she was. I was a real fan of Madonna – I loved her music as well as her “personage”. I loved her being the director of her own appearance.

When I saw her first concert in Paris, I said to myself that she should have asked me to do the costumes. I thought that I would have done them better. So, two years later, when my PR told me 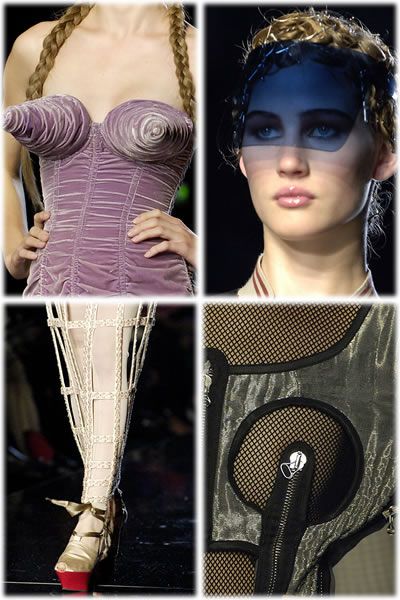