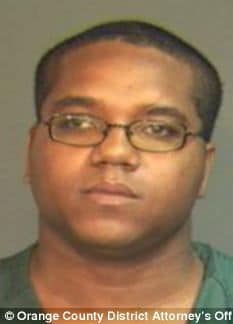 What would you do if you woke up one morning and found $110 000 in your bank account?

Stephen McDow found himself in a situation that would have left individuals of the highest integrity in a moral quandary. That is- the sudden deposit of a $110 000 in your bank account out of thin air and then the nagging temptation of ‘if I don’t recall having legally acquired said money am I legally able to spend it, since somehow it ended up in my bank account through no ill will of my own?’

That seems to be the drama after the IRS unwittingly deposited a tax refund to Mr McDow’s account after a 67 year old woman whom it was intended for made an error in one of the digits of her bank account.

The money apparently landed in Mr McDow’s account September 10, and by Sept 11 he began taking it out- eventually spending up to $65 000 on previous debts he had acquired, and a new car before eventually being caught out.

Which leaves one wondering how long would it have taken Mr McDow to spend the entire sum had he not being caught out or would he have been absolved of legal complicity had he instead at least brought the large deposit to the attention of the bank? But that too would have meant the threat of forfeiting the large windfall, a risk that Mr McDow was not about to accept. One could even wonder would his culpability been mitigated had he at least left the funds untouched for a protracted period before spending it, new cars aside?

Mr McDow for his part is claiming he exercised no criminal intent as he hadn’t willingly put the money in his account and that ostensibly he had only used it to settle student loans and a home mortgage. He is also countering that upon being contacted by the woman who the original deposit was meant for he immediately offered a payment plan with her, to which she declined, one suspects because a new payment plan could potentially mitigate her claims to the amount especially if Mr McDow failed to honor his payment arrangement.

All of which begs the question, what would Mr McDow be arguing had it been his money that was incorrectly deposited to another person’s account? Would he consider it a criminal act or just the culminated actions of a too cunning for their own naive person looking to spend their new found fortune? Which portends to the idea that morality at best is a one sided dictum that can be manipulated to serve one’s particular needs. Assuming morality even exists…