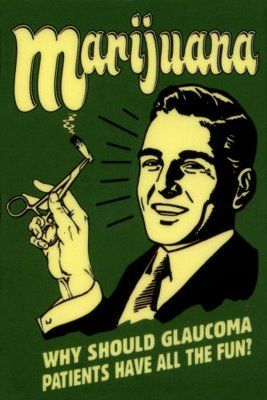 Is being busted with the good shit enough to get you a life sentence?

The three strikes you’re out rules seems to be put into effect in the case of 35 year old Cornell Hood II, who upon receiving his fourth conviction of marijuana possession was sentenced recently to a life sentence. Heavy handed? You decide, the facts as follows:

nola: Cornell Hood II got off with probation after three marijuana convictions in New Orleans.

He didn’t fare too well after moving to St. Tammany Parish, however. A single such conviction on the north shore landed the 35-year-old in prison for the rest of his life.

State Judge Raymond S. Childress punished Hood under Louisiana’s repeat-offender law in his courtroom in Covington on Thursday. A jury on Feb. 15 found the defendant guilty of attempting to possess and distribute marijuana at his Slidell home.

At face value it seems Mr Hood is indeed guilty, but the question arises- how is it that we can possibly send a man to jail for life simply for the possession of marijuana? Was it his attempts to distribute that sealed the nail on the coffin, which goes beyond the act of simply possession? Or are we to interpret the punishment as a heavy handed sentence that fails to deal with the reality that most repeat drug offenders are only hurting themselves, be it for the sake of their own consumption or the sake of financing the means to continue consumption for oneself? Or was Mr Hood, just a repeat offender, who after been given a number of chances unwilling to comply with the law despite what he must have understood to be the consequences if he got caught one more time?

Hood moved from eastern New Orleans to the Slidell area after he admitted to separate charges of distribution of marijuana and possession with intent to distribute marijuana on Dec. 18, 2009, in Orleans Parish Criminal District Court. He received a suspended five-year prison sentence and five years’ of probation for each — which was precisely the same penalty he got in that court after pleading guilty to possessing and intending to distribute marijuana on Feb. 22, 2005.

When Hood switched homes, he also requested a new probation officer based in St. Tammany. Authorities granted the wish, and the officer, Dustin Munlin, drove to Hood’s place for a routine visit on Sept. 27, 2010.

Munlin found nearly two pounds of pot throughout the house, according to court records. He alerted Sheriff’s Office deputies. They arrested Hood, who apparently shared the King’s Point house with his mother and young son.

Not exactly inspiring stuff, but then again, Mr Hood isn’t dealing in the possession of nuclear arms, stolen money, hand grenades- but if one takes a clinical view of the circumstances- a natural substance that the state continues to ban. But then again, if the law states it’s illegal, should it matter what it is that Mr Hood is dealing in?

And what did the jury think?

Jurors deliberated for less than two hours and convicted Hood of a reduced charge, which usually carries no more than 15 years’ imprisonment. Assistant District Attorney Nick Noriea Jr. then used Hood’s past convictions on Thursday to argue that he was a career criminal worthy of a severe punishment.

All of which begs the ultimate question: what do we mean exactly by punishment, what do we mean by crime and what should we sa about a law that puts a man behind bars for life for the possession of illegal substances that were intended for private use? Or was the tipping point Mr Hood’s intent to distribute enough to sully him as a public danger? Which raises one more question- are we as a society correct to view the private use of drugs as an illegal act that ought to merit the full weight of the law. Either way, Mr Hood will have a lifetime to consider all these questions…