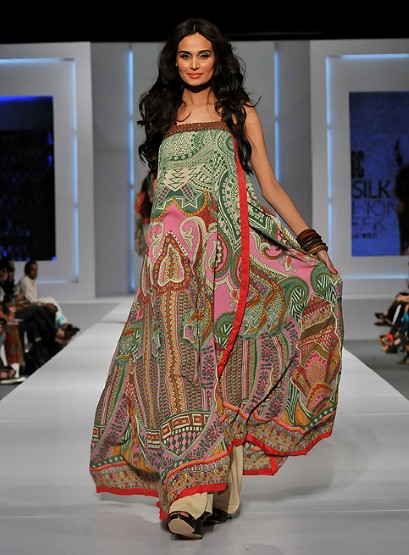 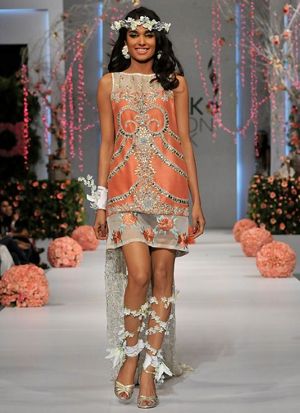 Do you know the difference between vulgar and decent?

In one part of the world where the display of the female form is still considered heretical- that of the Islamic enclave, particularly Pakistan- The UK Telegraph set out to explore the rigors of what it actually takes to succeed at a career that most people in society (unlike here in the Western world) have a hard time grappling with…

Speaking with one of the models during Pakistan fashion week:

So far so good, a smidgen of tolerance and a burgoening fashion scene. But at what expense?

“My uncles, they beat me, and they said, ‘You are not doing this profession’…but only my mother said, ‘You should do this, whatever you want’….My whole family, they wear burqas, they cover their faces.” 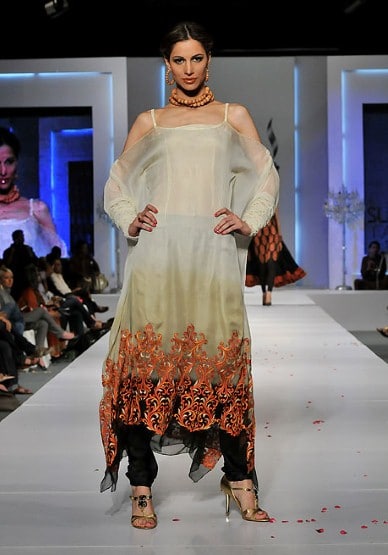 Interesting, the men get to be and do what they want, while the women on the other hand are forced to accede to subordinated roles and pretend that ignorance is bliss…

And then this from another model:

Aaminah Haq said it was difficult for her father, who was the governor and chief minister of Punjab, to deal with her showing off her body and rising to a higher level of fame than perhaps he had achieved. She added, “I started modeling in 1995 at that time things were very different, we hadn’t had terrorism, things were very open.”

How beguiling that the father is reticent to seeing his daughter prosper at the sake of his own sense of self, or rather sense of deprived masculinity. Which forces one to wander why is the idea of masculinity such a fragile one and fraught on delebitating feminine roles- is this what we mean by fashion forward or gender preferred sport?

Ayyan Ali told the cameras, “You should know the difference between vulgar and decent. You can carry a short skirt in a nice way. It depends on you.”

Yes it’s decent that a model knows how to carry a skirt or not, but then again isn’t it more descent how society carries a dialogue with the other half repressed gender too?