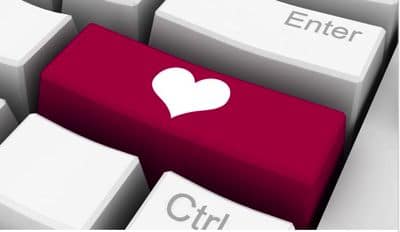 A recent article from AdAge called into question whether the anonymous factor in online dating is responsible for limiting a dating site’s network growth.  Writer Julie Ruvolo asserts that because users take on an alias rather than their real name, the network is driven by people masking their identity, avoiding being found by anyone they know, and filtering eligible singles based on age, job, income, etc.  Sites like Match.com require subscription fees and they end up spending about half of their revenue buying advertising on more social sites like Facebook.

While Ruvolo’s claim does ring true, one has to question whether online daters would really feel comfortable using their own name to search for love.  If they didn’t feel a need to be discreet in their search, they probably would have already posted a Facebook status detailing their wants and needs in a relationship.  Online dating also creates an invisible safety net for users who don’t want to be initially sized up based on their physical looks.  The Internet provides a space cushion where singles can enter a relaxed and controlled environment and search for singles at their own speed.

Society is slowly gaining respect for online daters, but that doesn’t mean negative assumptions have ceased entirely.  Are the people who register and pay for an online dating site in some way desperate or unsuccessful in finding love on their own or do they simply know what they want in a life partner?

Explaining to a friend or colleague that you don’t have time to date the normal way because you have a busy life is often interpreted as an excuse rather than the truth.  With these assumptions securely in place, is it any wonder why users would not want to broadcast their single status to their entire network of friends?

Don’t get me wrong; online dating definitely has some awkward elements that make the whole process rather unnatural.  Firstly, picking a unique username to register with the service is a bit reminiscent of junior high school where tweens communicate with their crushes via instant messenger.  Secondly, online dating allows you to filter through potential suitors with just a click of the mouse.  While dating the old fashioned way can be painful at times, at least one can determine right off the bat if he or she has chemistry with a person.  Where’s the fun in getting to know someone if you your mind is already made up on who is acceptable to date?

This type of dating also takes away the initial thrill associated with face-to-face interaction.  If you meet someone at a bar, more often than not, you will use your real name and talk on unimportant topics like career, sports teams, or favorite beers.  If you asked a guy at a bar within five minutes of meeting him if he planned on getting married or starting a family in the next year he would probably head straight for the door.  That kind of information is generally off limits until maybe the third or fourth date, where couples have already formed a legitimate emotional connection.

On the flip side, the majority of online daters are serious about finding a life partner and might not want to go on three or four dates with a person who is completely against getting married or starting a family.  From their perspective, why should they waste their time on someone who has such opposing values?  There are so many success stories out there about couples that meet online and are happily married with three kids and a dog.  Is that because they actually found their soulmate or because they decided that they were ready to begin that next stage of life?  Are these couples really settling down or are they just settling?

Sure it’s important to find someone you are compatible with and who shares similar interests, but that is not always the simple answer.  Opposites certainly attract and even if it doesn’t work out in the end, one can learn a lot about themselves by dating out of their comfort zone. In the long run, however, compatibility and shared values usually equals a lasting relationship, meaning that perhaps online dating sites have developed a good method to the madness.  Its network may never grow the same way Facebook does, but there will always be a surplus of singles ready to give online dating a shot.