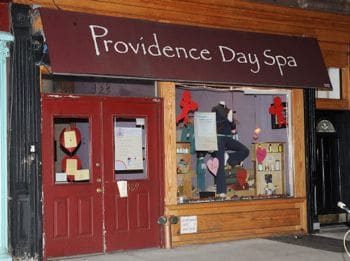 Should you be trusting the local school treasurer?

NY Daily News:  Parents at a Brooklyn elementary school where the treasurer is suspected of looting the PTA coffers are aghast that no one was minding the cookie jar.

Aghast puts it mildly. According to some parents, they’re not aghast, they’re plain pissed off.

“I’m very pissed off at this situation, knowing that someone is stealing money that we’re constantly giving,” said David Grant, whose daughter D’Asia is in second grade at Public School 29.

The PS 29 PTA has filed a police report charging that treasurer Providence Hogan stole two checks- in the amounts of $2,734 and $2,765.

But that’s pocket change compared to what could actually be missing.

Police sources said PTA officials told cops up to $100,000 may be missing.

At an emergency PTA meeting last night, a police official said investigators had only found $5,000 stolen so far but they were still looking at the books.

Wondering what Providence Hogan needed the PTA money so desperately for? According to police, she admitted to them that she stole the money for fertility treatments.

Hogan, who owns a high-end spa, and by that we mean, can probably figure out a way to, legally, make her fertility payments, has yet to be charged. And, of course, parents at PS 29 are not pleased.

“My reaction is disgust,” said Susana Yerman, whose sons are in prekindergarten and the third grade at PS 29. “People really do work hard with the fund-raisers – I’ve given a lot of time -and where does it go?”

Ms. Yerman, we’d like to answer that question for you personally.

It goes to people who want to bring children into this world by any means necessary. God-be-damned, your hard-earned money and your own child’s education are at stake. To some people, their own selfish wishes bear no expense too great.

We can only wonder if when Providence’s young child asks about the story of how they came to be, Providence will tell them it’s somewhere along the lines of “Do as I say, not as I do.”