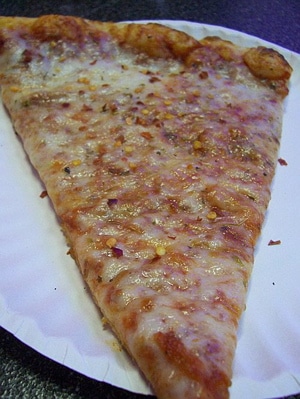 As the multitude of holiday parties continue to rage on, ad infinitum, I find myself in a curious position: somewhere between shocked at how far we’ve fallen from social grace and simply not giving a shit.

Last night, I began my trek into the festive spirit at the Neue Galerie’s annual holiday party (wasn’t it a formal ball last year? And didn’t they charge $200+ for tickets back then? Welcome the riff-raff). First, my date – fellow writer, blogger, and all-around nice guy McFaden Knightly – showed up in less-than-black tie. By ‘less than’ I mean jeans and a button-down. Normally, this would evoke a friggin’ hissy fit on my snooty part; however, unlike Congress, I figured being partisan was the Democratic thing to do. A vintage man-ring, Vivienne Westwood tricked-out belt, hair gel, and an Hermes cravat later, and he’s totally ready to go – because nothing says rich and important like overly expensive accessories combined with a hyper-casual exterior.

Even these glittering accoutrements, however, were barely necessary. Half the guests finagled their invitations out of rich grandparents who were too busy in Palm Beach to make it, while the rest, well, they’re members of a museum dedicated to Austrian and German art around the two Great Wars. I liken that with the crowd that shows up for The Ring Cycle – eccentric, aloof, potential Neo-Nazis. In essence, a crowd that believes that six types of animal pelts does indeed an ensemble make.

After literally getting into a physical battle with other guests over who got to stand closest to the kitchen door, anxiously awaiting Nordic-themed canapés, and subsequently inhaling as much pickled herring as could be stuffed in my Aryan face, Mr. Knightly and I were then oh-so-slowly charioted away to the National Arts Club by one of the least competent cab drivers I’ve encountered in my decades-long relationship with this city. No, Washington Square Park is not Gramercy Park, my dear….I was then informed by my chivalrous companion that refusing to pay was bad karma and my grandma might die if I failed to tip.

Entering the Arts Club is like walking into an old mansion (most likely because that’s exactly what it is), and at Christmas, those halls are decked like woah. I, however, had bigger things in mind – with only so much as the aforementioned herring in me, I wanted nothing more than to dive face first into the club’s famous cheese ball. This ball of questionable dairy has sated the great minds (or, well, at least the rich patrons of those minds) over the last hundred years. Fool I was, though, to hope for this mini Christmas culinary miracle – said ball was devoured not an hour prior, and the kitchen, shockingly, is shut.

No matter. We are starving, desperate, and over-dressed. We shall order a pizza. If I had only known that this was the most egregious sin we could commit. Some blue-haired beast barged over just as I was peeling the last mushroom off the cardboard box to inform me that “this is not that kind of club” and that “we just got someone fired.”

No, honey, you just got someone fired for complaining about my innocent pizza. Keep the kitchen open longer and I wouldn’t have to parade my hunger all over the room, scarring your eyes with the vision of a young woman actually eating in public. You are the grinch that stole my Christmas. By now, we have incited a riot – trendy Europeans and artists under 40 vs. Dowagers & Hangers-on. Normally, I would apologize. Normally, I wouldn’t have dared violate such a civilized establishment with my indulgence in American crassness.

But my dear, this holiday season I, like so many around me, simply do not give a fuck. Ho ho jolly ho.