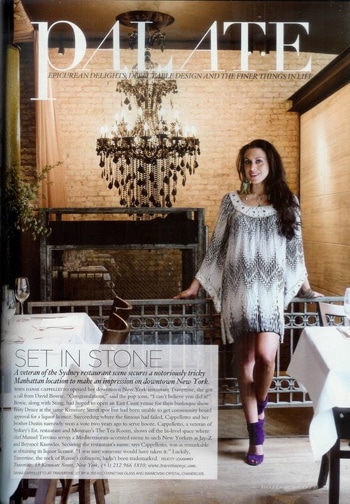 When New York Magazine likens you to becoming the next Amy Sacco, you know you have big boots to fill. While Amy’s may be a size 11, Danae’s boots are tiny Uggs. Don’t let this petite girl from Australia fool you though, there is a reason she stands apart and can hold her own in an industry primarily run by men (and that reason has more to do with than just her looks).

Danae is knowledgeable in every minor detail that has led to the success of her restaurant Travertine and nightclub XIX. From overseeing construction to creating the menu to entertaining endless crowds night after night, it’s hard to believe how much energy this beautiful Aussie has. I have been privileged enough to watch Danae in many environments, and there is not one that she doesn’t handle with an absolute eye for perfection. Despite all of her work maintaining her restaurant and club, Danae is a part of the Carma Foundation, a foundation she recently invited me join as well.

While one would think Danae’s role of hosting the event at her restaurant would be stressful enough, Danae is also meticulously involved in every detail of the planning and has traveled to Haiti multiple times herself. When Danae says she’s going to do something, she does it no matter what. That endless drive and perseverance is what not only has made her a successful businesswoman, but it is also what has made her a solid and reliable friend.

Scallywag‘s notes. I’ve heard the food is delicious over there at Travertine, and as someone who spent their childhood growing up in Australia (see I still know what the word ‘yobbo’ means- love those Aussies…) one has to applaud Danae for making the trek over and giving NYC a go. Great stuff and an inspiration to all. I think that’s beauty that’s more than skin deep. 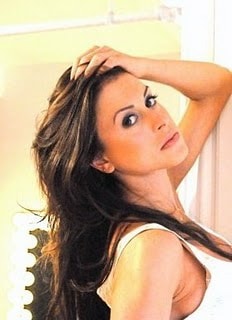