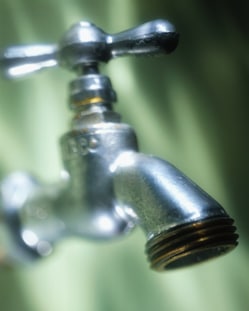 A study sure to confirm some manner of suspicions (real or imagined) for the tinfoil hat crowd is to be released Monday stating that hexavalent chromium, an industrial chemical and suspected carcinogen, can be found in the drinking water of many US cities. While the chemical is known to cause lung cancer when inhaled, recent evidence has linked it kidney damage, leukemia, and stomach cancer in lab animals that have ingested it. Which has us wondering if all of this has got you feeling thirsty for a fresh glass of water, from your kitchen sink that is….

The report, undertaken by the Environmental Working Group, analyzed the water of 35 cities and discovered that 31contained the chemical, which first came to wide public attention through the movie Erin Brockovich. The film, starring Julia Roberts, detailed a court case in which the Pacific Gas & Electric company was found guilty of of leaking hexavalent chromium into the water of Hinkley, California, and was ordered to pay $333 million in damages.

Despite these health concerns and legal precedents, regulation of the chemical is said to be a difficult proposition. According to The Washington Post, since the Hinkley incident the State of California has sought to be the first to regulate levels of the chemical to .06 parts per billion, but The American Chemistry Council, which represents the chemical industry, says the California goal is unrealistic because some of the water supplies have naturally occurring hexavalent chromium that is higher than .06 parts per billion. Which makes the task of regulating the chemical, in those cases, an impossible one.

A poisoned water supply has long been a fear exploited a by paranoid alarmists, tabloid writers, and Hollywood filmmakers (a strange group of kindred spirits), but Monday’s report will be the first to point out both that this particular spectral fear is to some extent a reality and that we’re powerless to correct it. How much more exciting does it get?

The Washington Post report continued: In a written statement, [The American Chemsitry Council’s] senior director, Ann Mason, said that ‘even the most sophisticated analytical methods used by EPA are not able to detect the extremely low levels that California wants to establish.’ A stance that is already causing fear and being endlessly repeated by all the bloggers and the major media outlets.

Doesn’t such a sentiment perfectly align with both the media’s positioning of world affairs in general these days and our relation to them: that we’re all in dire straits and there’s nothing we can do to fix the situation save for morbidly analyzing our demise and attempting to overcome it by coming to terms with the utter impossibility of doing so? And doesn’t this only serve to create a giddy, masochistic conformity to the most terrible of situations by goading us to relish, often at length, in our own impotence?

Something to think about next time you’re shivering in a corner, trying to shake off the suspicion that you’re part of some kind of vast, insidious, and probably televised laboratory experiment.